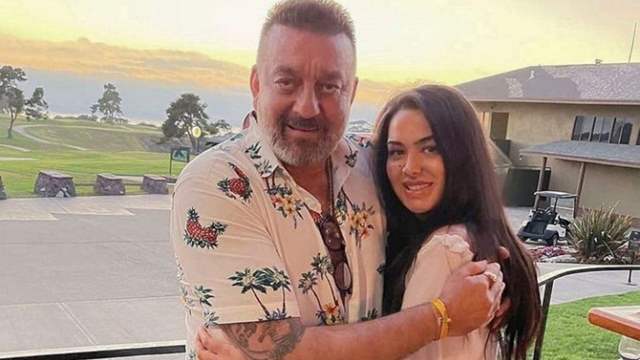 Trishala Dutt is the daughter of Bollywood actor Sanjay Dutt and late wife Richa Sharma. Even though Trishala may not have any attachment to the film industry, her fan following on social media platforms is immense.

Trishala also keeps on interacting with the fans from time to time.

Trishala Dutt, while accepting a fan's 'marriage offer', said something, due to which she is once again in the news.

Actually, Trishala recently held a live session on Instagram about 'depression', in which she answered many questions of her fans with impunity.

However, a user wandered from this topic and asked her a personal question,she immediately replied 'yes' with a laugh.

During the live session, while offering marriage to Trishala, the fan wrote, 'You never answer my question, Miss Dutt. Will you marry me?' The star daughter not only answered his question but also accepted his offer.

Trishala politely replied to the fan and also accepted their marriage proposal, stating in her comment that her luck has not been great when it comes to dating.

Responding to the fan's question, Trishala writes, 'I never answer questions that have nothing to do with mental health. Although at this point all the ghostings are going on, the conversation is fading out on the first date from the guy's end now so why not, lol. Happy? 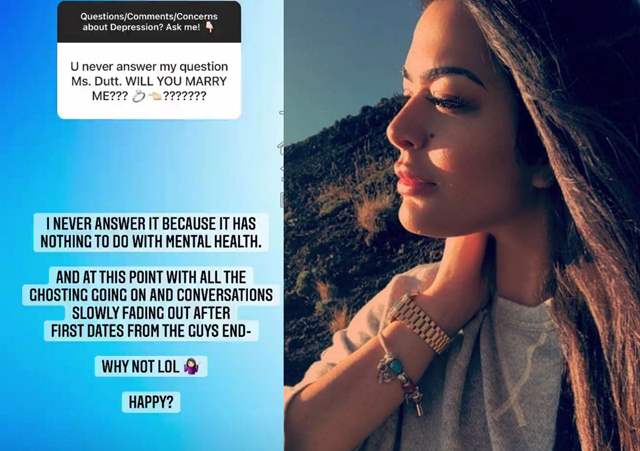 Trishala Dutt often holds 'Ask Me Anything' sessions on Instagram to interact with her fans. In an earlier session, she had opened up about her dating life on her Instagram stories, revealing that she was completely shattered when she lost her boyfriend, though she managed herself and moved on from depression .

In 2019, Trishala Dutta lost her boyfriend. For the unversed Trishala is a psychotherapist and resides in Newyork she is also a founder of Hair extensions in Newyork.