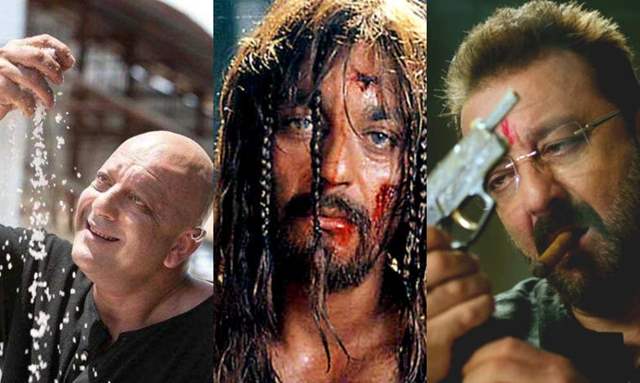 Sanjay Dutt has reprised the many shades of a character through his characterisation in his career. From being the heartthrob to beating it all with the role of an antagonist, the actor truly is setting the bar high. While other actors are opting to be the quintessential hero, it is superstar Sanjay Dutt who is bringing the strongest portrayals on screen, being the quintessential villain.

He recently did it in Panipat where he played Ahmed Shah Abdali and with a trail of upcoming projects, we are definitely looking forward to what’s there in store: Here are the movies that prove it!

Khalnayak- Sanjay Dutt plays the character of a villain in the action-thriller where the movie focuses on the arrest of criminal Ballu (Sanjay Dutt) by Inspector Ram and his girlfriend, officer Ganga and Ballu's subsequent attempt to escape. The iconic song Choli Ke Peeche Kya hai of the movie became one of the biggest hits of the decade.

Agneepath - In the official remake of the classic, Sanjay Dutt essayed the role of Kancha Cheena and brought back the horror to our lives. Even after portraying a negative character, Sanjay Dutt's performance won not only the love of fans but also garnered a lot of critical acclaims.

Vaastav - Ragu stays as everlasting as ever with the darkest of the characters. Sanjay Dutt was appreciated a lot by both critics and audiences for his character Raghunath Namdev Shivalkar in the film. His look became a rage and the streets soon filled up with his lookalikes!

Panipat - The actor's most recent outing as Ahmed Shah Abdali in Panipat was loved by one and all for his portrayal as an antagonist. One of the strongest roles by the actor, this one has been the one that shows him in a very different and era-based dark role.

Truly, there’s no one who can nail the quintessential villain the way Sanjay Dutt Dutt and we are always a fan!

With a stellar line-up, Sanjay Dutt upcoming films include KGF: Chapter 2, Sadak 2, Shamshera, Bhuj: The Pride of India, Hera Pheri 3 and Toorbaz. Apart from starring in all the stated films, Sanjay Dutt will also be working towards creating cutting-edge content for his home production, Sanjay S Dutt Productions which is already making all the noise.