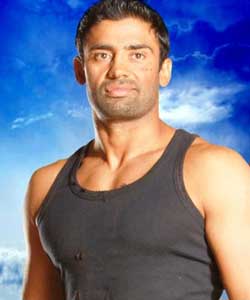 But which contestant in such a type of reality show is real,"I can't be fake, if you see Survivor you'll know. I am frank about my relationship with Payal. And so, frankly speaking the Swayamvar is not meant for me."

Sangram has done a couple of reality shows like Khatron Ke Khiladi and 100% De Dana Dan.

lovelygrl 8 years ago fake swayamvar... )))
did anyone notice ihe line..."which contestant in such a type of reality show is real"

Wistfulness 8 years ago Disgusting! Why that cheap idiot lady coming in the season. She deserves to be kicked out and the channel men are big fools who're making this show with her.

Someone should tell her to leave my India.

"Sushant felt that his sisters were after his money": Rhea ...
4 hours ago

Vipul Amrutlal Shah on conducting workshops with aspiring ...
4 hours ago