View Profile
The heartthrob of millions, Salman Khan celebrated his birthday this past Sunday with a novel idea - by hunting real-life Veers! 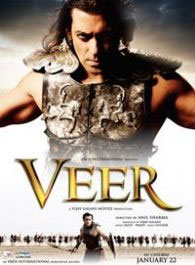 Featured Video
actor is looking for worldwide bravery stories in order to find the ordinary people who deserve to be recognized in an extraordinary way.  Details are already up on Salman's blog, and anyone who has a hidden real life story full of bravery can submit his tale online.


Salman himself promises to read each story and select 5 "Veers" who will get a chance to meet the star himself.


Constantly in touch with his fans via his blog, Salman had recently announced the hunt for Veers on the birthday of his father Salim, but he will not launch the 'Hunt for Veer' site until his own birthday.