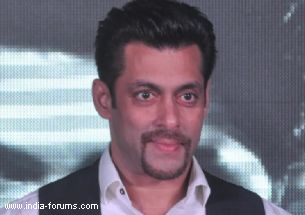 A Mumbai sessions court has fixed March 26 as the date for the fresh trial of Bollywood actor Salman Khan in the hit-and-run case here Tuesday.

The ruling came at a hearing of the case Tuesday when the prosecution submitted a list of 17 witnesses who will be examined and cross-examined again.

Last year, July 24, the sessions court framed charges against Salman for the more serious charge of culpable homicide not amounting to murder, which entails a 10-year prison term.

Earlier, the 48-year-old actor was tried for the less stringent charge of rash and negligent driving, which attracts a two-year sentence.

Later, in November 2013 Salman moved the sessions court seeking a fresh trial in the case since the magistrate's court had not given him an opportunity to cross-examine witnesses in the context of the new charge of culpable homicide not amounting to murder.

Salman was previously charged and tried by a Bandra magistrate's court under the Indian Penal Code Section 304(A) (rash and negligent driving).

After nearly 10 years, the magistrate had held that a case under IPC 304 (2) was made out against Salman and sent the case to a sessions court for trial, which he challenged.

Besides IPC Section 304(2), Salman also faces charges of causing death by negligence, causing hurt by an act, causing grievous hurt and damage or mischief to property, and charges under the Motor Vehicles Act and the Bombay Prohibition Act.

On Sep 28, 2002, an allegedly inebriated Salman Khan, while driving his Toyota Land Cruiser SUV, ran over some pavement dwellers near a bakery in Bandra (West). While one person was killed, four others were injured in the incident.

The original trial started in September 2005 in the Bandra magistrate court. Nearly four years after the accident, on Oct 6, 2006, the magistrate's court had framed 10 charges against the actor.

"Sushant Singh Rajput died by Strangulation and Not ...
10 minutes ago

Roadies Revolution: Double eviction and many more surprises ...
16 minutes ago