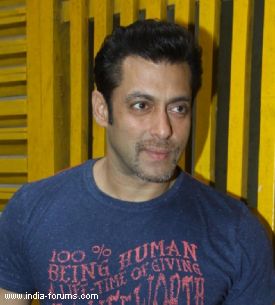 Superstar Salman Khan has finally managed to take some time out of his busy schedule to shoot the title track of "O Teri", says his brother-in-law, filmmaker Atul Agnihotri.

"Bhai (Salman) has been very busy and finally we managed to take some time from him. Today (Wednesday) we are shooting for the title track of our film with Bhai and the other two leads. It's a hip-hop dance number and we will wind up the song with Bhai today itself," Agnihotri, the film's producer, told IANS.

The hip-hop song will be used as the title song of the film. It is being shot at Mehboob Studio here.