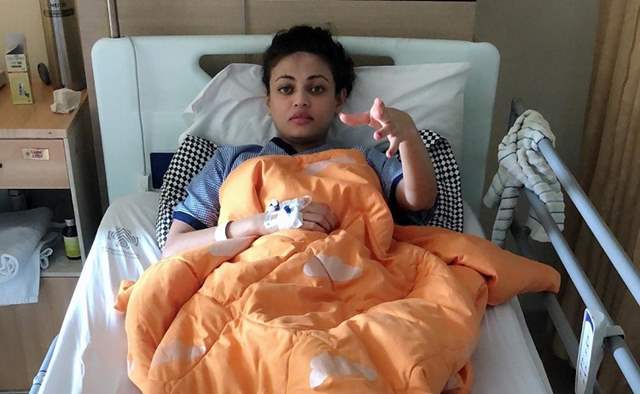 Salman Khan's co-star from the film Lucky: No Time For Love was hospitalised on May 31 after she complained of high fever. Sharing a few pictures, the actress took to her Instagram handle to inform her fans about her health condition.

The actress shared a couple of photos of her lying on the hospital bed. She wrote, "So i was hospitalised for the first time in my life.I had a very high fever that wasn’t dying down despite multiple treatments. It was scary.BUT. After a while of terrible health , im finally a lil better.I have been asked to rest it out as much as possible.So thats going to be boring. But i have my Netflix and a bunch of very caring #foreverkindofpeople with me to keep me going. Can't wait to get back to work. I wish you all good health".

Salman launched Sneha with the 2005 film Lucky: No Time For Love. The actress, however, has stayed away from the Hindi film industry but she is quite active on social media and keeps her fans updated with her recent photographs.

Sneha has also worked in few of the south films and she was recently seen in the music video Ishq Wali Baarish.