After enchanting audiences with the catchy song 'Hangover', Salman Khan has taken things up a notch this time by singing the title song of his next home production 'Hero'.

As the story goes, when Salman heard the original song he loved it so much that he expressed the desire to sing it himself. So, Salman recently recorded an acoustic version of the song. Apart from lending his voice, the news is that the superstar will also feature in the music video of the song, which will be out soon. 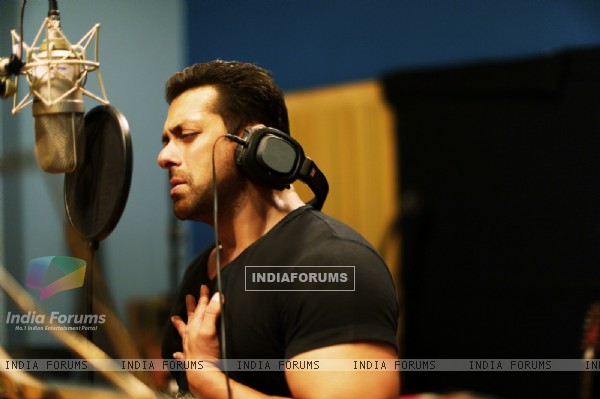 Here's an exclusive image of Salman Khan recording for the title song which has already become very popular amongst the fans.

'Hero' is produced by Salman Khan and Subhash Ghai and directed by Nikhil Advani, releasing worldwide by Eros International on 11th of September, 2015.