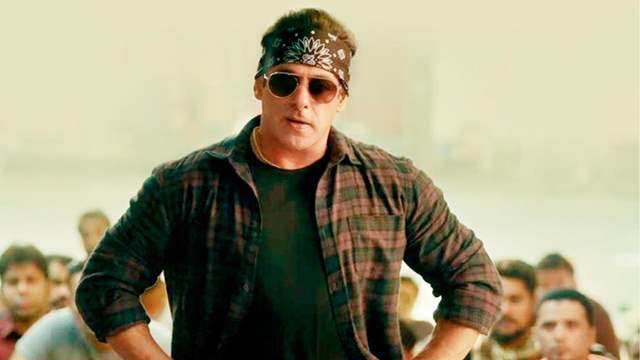 Salman Khan is gearing up for the release of his upcoming film Radhe: Your Most Wanted Bhai and fans are super excited to see him as an undercover cop yet again after Wanted.

In Radhe, Salman plays an undercover cop who is on a mission to get hold of drug mafias in the Mumbai city. In a recent virtual press conference, he clarified that the drugs angle in his film Radhe: Your Most Wanted Bhai was not added after the Narcotics Control Bureau’s (NCB) probe into an alleged drug racket in Bollywood.

“It has been a problem for a long time. Even before this drugs investigation took over Maharashtra, we had already completed shooting the film. But now it became relevant. I have always been against drugs. Here, people are misusing it. We have nieces and nephews who are very young and might get influenced.”

After the untimely demise of Bollywood actor Sushant Singh Rajput, the case was being investigated by the Central Bureau of Investigation and the NCB had launched a probe in alleged drug consumption by Bollywood stars. A number of A lister actors including Deepika Padukone, Arjun Rampal, Shraddha Kapoor, Sara Ali Khan were questioned by the NCB.

During the press conference, Salman Khan also talked about the misuse of drugs and how it affects the body and mind. He added:

Directed by Prabhudeva, Radhe: Your Most Wanted Bhai also stars Disha Patani, Jackie Shroff and Randeep Hooda in pivotal roles. The film will release on the occasion of Eid on May 13 in theatres as well as ZEE5 with pay per view service ZEEPlex.

1 months ago Well done Sir, proud of you