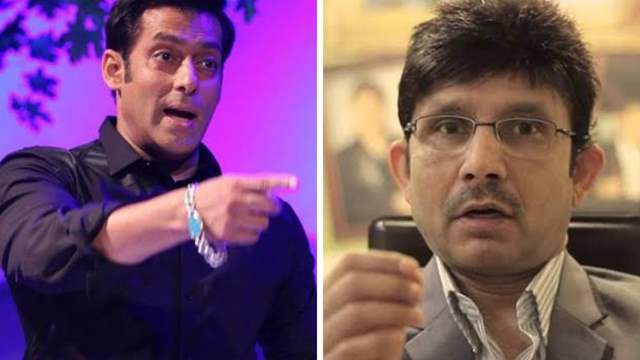 Bollywood superstar Salman Khan has filed a defamation case against actor and self proclaimed critic Kaamal R Khan aka KRK.

Earlier it was reported that Salman’s legal team sent a notice to KRK after he said unfavourable things about the actor’s recent release, Radhe: Your Most Wanted Bhai in his review video. However, a source close to the actor has informed us that Salman has filed a case of defamation and money laundering against KRK.

KRK had shared a picture of of the legal notice sent to him by Salman and wrote, “Dear #Salmankhan Ye defamation case Aapki Hataasha Aur Niraasha Ka Saboot Hai (this defamation case is proof of your despair). I am giving review for my followers and doing my job. You should make better films instead of stopping me from reviewing your films. Main Sacchi Ke Liye Ladta Rahunga (I will keep fighting for the truth)! Thank you for the case.”

Later, KRK went on to add that he will not be reviewing any Salman Khan movies now. He wrote:

“I said so many times that I never review film of any producer, actor if he asks me to not review. Salman khan filed defamation case on me for review of #Radhe means he is getting too much affected by my review. Hence I won’t review his films anymore. My last video releasing today.”

Kamaal R Khan also requested Salman’s father and veteran screenwriter Salim Khan to make his son withdraw the case. He stated that he is not here to destroy Salman Khan’s career and will delete the review video as well.

Earlier this month, KRK had shared a review video after watching the first half of Radhe: Your Most Wanted Bhai at a theatre in Dubai and had dramatically cried as he feared to go back to watch the second half of the film.

Directed by Prabhudeva, Radhe: Your Most Wanted Bhai also stars Disha Patani, Randeep Hooda and Jackie Shroff. The film had a hybrid release, theatrical in some states along with pay-per-view service on ZeePlex.

2 months ago These defamation cases won’t fix his failing career. His movies are failing because they suck. Not because of some guy who criticized it.

+ 7
2 months ago Salman Khan is an egocentric man, who thinks he owns Bollywood. People like him has ruined so many people's career in Bollywood. Sonu Nigam, Sushant, Vivek Oberoi etc. Everyone has the freedom to talk.