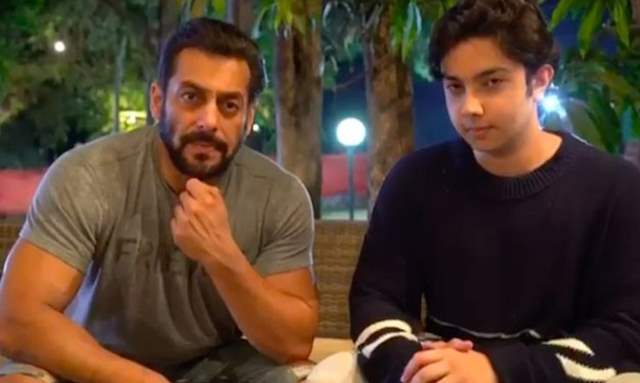 Coronavirus does not care who you are. You could be the biggest of big personality or just a common man, it is coming for you, only if being careful is not what you are following.

At this time when Humanity is suffering as a whole, even the most rich and influential are forced to live indoors. Making it the only tool to fight the pandemic. In it with us is Bollywood’s original bhai, Salman Khan.

In a small video that Salman shared on his social media handle, he is briefly seen describing his journey into staying home for being safe. And while doing so, Salman also confesses how he is scared at this time and he is not scared to say it.

Check out the video right here....

The video starts with Salman introducing himself and his company into quarantine, Sohail Khan’s son, Nirvaan. It seems as though Salman is at his farm on the outskirts of Mumbai, where the actor must have gone for a day but later due to lockdown stayed put at the place.

Further expressing his feelings, Salman used the famous Hindi quote, Jo Dar Gaya So Margaya, and said that this definitely doesn’t apply in the current situation. Salman also shared that he and Nirvaan are scared and they are not scared to confess that. The Dabang actor also mentioned, that both have not met their respective father’s from three week, and it's ok, this too shall pass!

Moral of the story, at a time like this, it is the best to stay indoors and abide by the rules. They are for your better!

As for Salman, who is known for his fearless ways, it is really brave of him to open-up and say that he is scared. We all too must be, and our smartness is only in staying home.

What do you think? Let us know your answers in the comments below…..