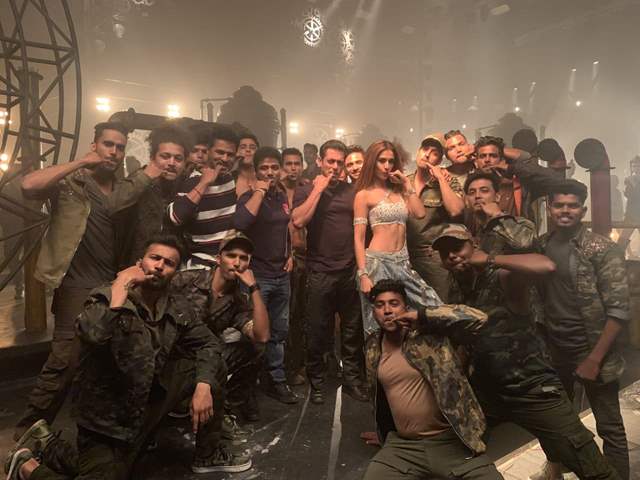 'Seeti Maar', the first track of Radhe: Your Most Wanted Bhai has become the fastest song to gain over 100 million views on YouTube.

The music composer of the song, Devi Sri Prasad who is popularly known as the ‘Rockstar DSP’ is thrilled that his composition ‘Seeti Maar’ has yet again broken the records.

The music composer, singer and performer DSP took to his social media to share a special video with BTS images from the shoot of ‘Seeti Maar’.

Staying true to the title of the 'Rockstar' the video also showcases DSP's  dancing skills which is from an  exclusive footage of his earlier stage performance of the original.

Talking about the composition in the BTS video Salman Khan said,

“Devi Prasad has done the  track and he is outstanding.”

Happy with the immense love the track has gone to receive, DSP shared,

“I am elated with the response the audience has showered for ‘Seeti Maar’. I am grateful to Salman Bhai and Prabhu Deva Master for trusting me with it. I am glad that ‘Seeti Maar’ created the magic yet again.”

Rockstar DSP has an exciting line up with Allu Arjun’s Pushpa, PSPK 28 with Pawan Kalyan, Khiladi with Ravi Teja, Daggubati Venkatesh’s F3, Ram Pothineni’s upcoming film tentatively referred to as RAPO19, and other Bollywood projects in the pipeline.