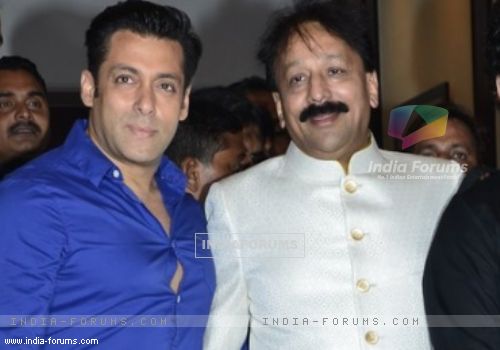 Like every year, this time too, all eyes were glued to the entrance for superstar Shah Rukh Khan's arrival but, sadly, SRK could not make it this time to the party held on Sunday night.

Jacqueline was seen dining with Salman and his father Salim Khan. Also spotted was Salman's sister Arpita, who attended the party with her husband Aayush Sharma.

Other B-Town celebrities to attend the party were Huma Qureshi, Kabir Khan, Zarine Khan, Sangeeta Bijlani and a number of TV personalities and politicians.

Every year, Siddiqui's Iftar party is attended by Bollywood stars and renowned dignitaries from different fields.

Since the last two years, it has become the talk of the town as it provided a platform to then rivals Salman and Shah Rukh to forget their enmity and embrace each other.