Mumbai, Nov 23 (IANS) Director Raj Kumar Santoshi is baffled by reports that Salman Khan insisted on getting Shahid Kapoor out of a love story starring the latter and Katrina Kaif.

'I really don't know when and where these stories come from. I'm currently in the pre-production stage of my 'Ashoka' film with Ajay Devgan and Bipasha Basu. But the Katrina-Shahid film is not shelved. We're on the lookout for another script,' Santoshi said.

Speaking about Salman, he said: 'I've been fond of Salman from the time we worked together in 'Andaz Apna Apna'. I'd love to work with him again any time. He's a very cooperative, kind and generous actor. He has never interfered in my casting and he never will tell me whom to work with or not work with. Yes, I'm open to suggestions on casting.' 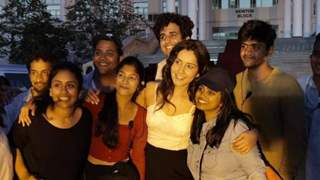