Sajid Nadiadwala has indeed gone international now, as he seems to have roped in Arnold Schwazzenegar and Beyonce to play important roles in his next film, 'Kambaqt Ishq' starring Akshay Kumar and Kareena Kapoor.

According to a source, Akshay Kumar will play the role of a Hollywood stuntman in the film, and hence it is obvious that Arnold finds a place in the film. "Our desi action hero will be seen with the international action icon. Be 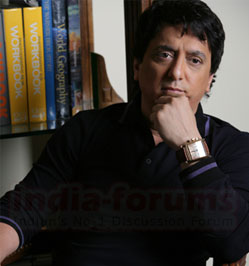 Featured Video
yonce too is reportedly doing a sizzling act in the film. Everything is almost finalized", adds the source.

For more news on this, Sajid has also appointed the casting directors of Entourage, the big hit reality show in the US-Susan Paley Abramson and Justine Hempe as the casting agents for the Hollywood stars for Kambqat Ishq that is to be shot extensively in Los Angeles.

Acknowledging this, is Prashant Shah, line producer of Kambakth Ishq, based in Los Angeles said, "Yes its true we have signed the casting agents of Entourage as the casting agents for Hollywood stars for Kambakth Ishq. This move only goes to show that the Hindi film industry is increasingly getting globalized. Powerful producers like Sajid Nadiadwala are now confident that Hollywood stars are within their reach. Only Sajid can make this happen. He is the only producer in the industry with a clout equal to Yashraj".

Adds Mr. Sajid Nadiadwala, "We have a certain vision for our production company NGE, (Nadiadwala Grandsons Entertainment). Since Kambakth Ishq is based in Hollywood, it would make perfect sense to appoint partners, who would streamline the requirements as per the script. And we and our Line producer in Hollywood have taken a call to appoint various agents for the various expertises they have to offer. As our Indian film industry is making its presence felt and going global, I would like my banner Nadiadwala Grandson to think on a bigger scale". (SAMPURN)