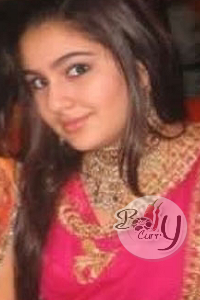 Featured Video
eyeballs from the industry folks – credit much more of the young girl currently in her sweet sixteenth!

Top movie makers are heard to have been in constant pursuit since, seeking out Saif Ali Khan's lovely daughter from his first wedding, with offers for ambitious projects with meaty roles. Her page 3-esque aura on the glossy pages has apparently won her widespread demand overnight!

An ex-Bollywood actress herself, Amrita Singh has confirmed buzz about as many as five eminent filmmakers having approached them with projects. But she has gone on record to clarify also, that her daughter Sara aspires to become a doctor and bears no aspirations for a career on the big screen. Presently, the girl is devoted to her study and prep to make it to the prestigious Yale University for higher studies.

While filmmakers nonetheless hope for Singh to grant permission to her daughter to go the Bolly-way, Amrita has made it clear that the decision will only be made by young Sara, and if she wishes to opt for cinema at a later age, than she will have the complete authority to do so.

As an audience who have been far too accustomed to the splurge of star-kids on the block, Sara's otherwise decision for an academic pursuit may surprise some.

We wish the young lady much luck with her study, and should she change her mind someday, a promising future on her home ground!