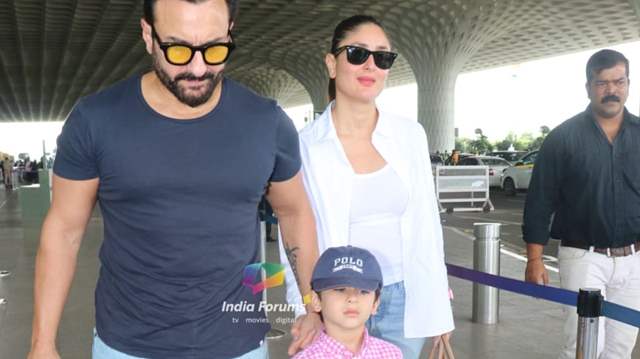 The Pataudis are amongst the coolest families in B-Town and there is no doubt to the fact. Be it Saif, Kareena or even the kiddos Taimur and Jeh, everyone enjoys a massive fan base. They are the paps favourite stars to capture.

Today, pictures and videos of the family who seem to jet away for a vacation have been flooding the social media. They were later spotted at the airport and posed for the paps in style.

While Saif was dressed casually in a navy blue tee and pants, Kareena opted for a chic look. She donned a white tank top with a white shirt styled over it. Bebo paired it with stylish denims having a designer patch near the thighs, and held a beige bag. Taimur looked adorable in a pink shirt, denim pants and a cool cap. 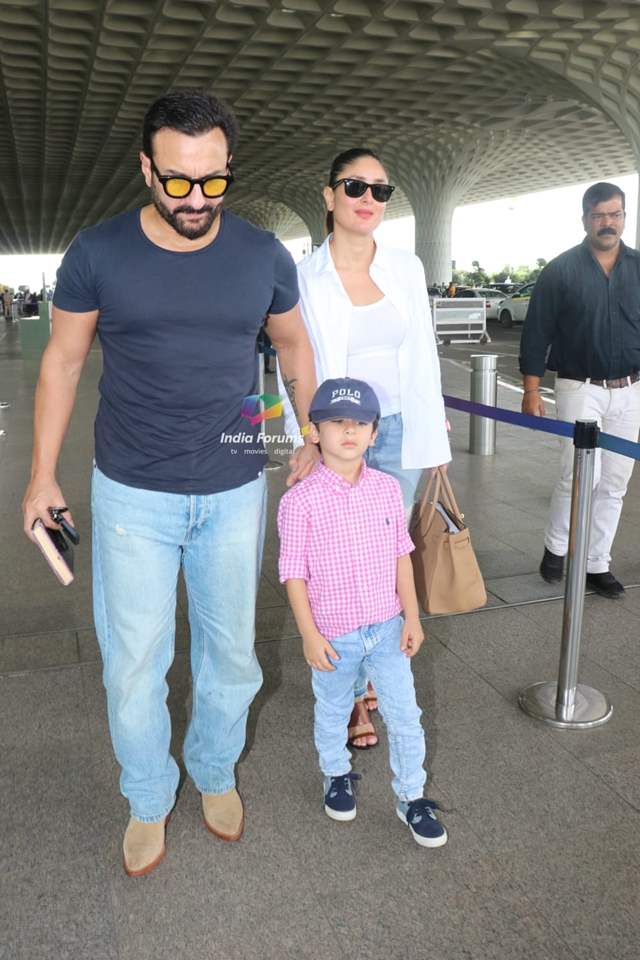 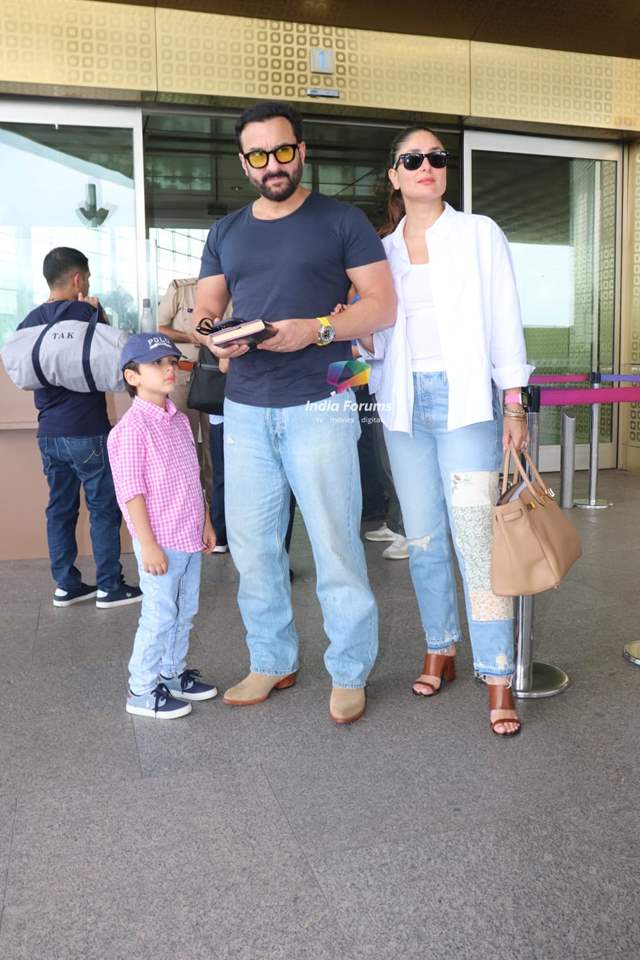 Kareena is also a social butterfly who offers glimpses from her personal or professional life. She is seen sharing BTS pictures from her sets or vacation pictures with her friends and families.

On the professional front, Kareena was last seen in the film Laal Singh Chaddha alongside Aamir Khan. It was an adaptation of the Hollywood film Forrest Gump. The film didn't perform as per expectations at the box office. Apart from this Bebo recently wrapped up the shoot of her debut OTT project with Sujoy Ghosh.

Saif on the other hand is busy promoting his film Vikram Vedha. the teaser of the film which also features Hrithik Roshan, Rohit Saraf and Radhika Apte was released and fans are loving the rugged looks and intense scenes from the film. It is slated to hit the big screens on 30th September.