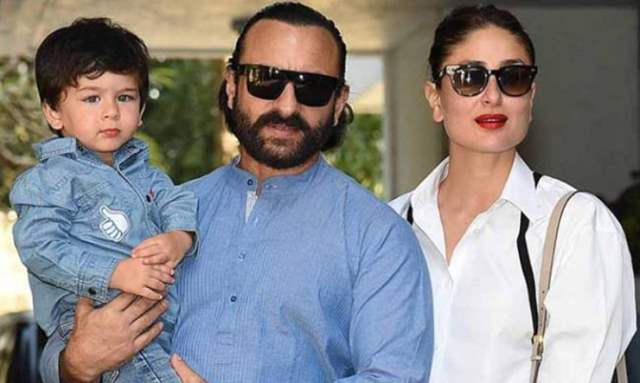 Kareena Kapoor Khan and Saif Ali Khan are expecting their second child. Saif recently turned down the rumors of buying back his ancestral home, the Pataudi palace from a hotel chain Neemrana group for a staggering amount of Rs. 800 crores.

Meanwhile, several reports suggested that the couple may out of Mumbai to live in his sprawling palace in Pataudi (Haryana). However, during a recent interaction with SpotboyE, Saif denies any such plans.

The actor said, “There are no plans to move out of Mumbai right now! I love this city that has given me everything. I also love being in Pataudi which is the most relaxing and beautiful place in this world. Maybe when I’m older I will spend more time there. But not in the near future. At this time my work and whole life is in Mumbai.”

The actor mentioned that Mumbai is where his heart and home are. He added, “I love this city! It has given me everything and is truly the city of dreams. The best and most artistic film minds are gathered here. And it is the office of my ambitions. My kids, Tim(Taimur)’s school, my sisters, and whole world is here.”

Earlier, Saif spoke about ownership of Pataudi palace and said that since he already owned the property, he didn’t have to buy it back from the Neemrana group and dismissed the reports as ‘massive exaggeration’, a 'miscommunication really’.