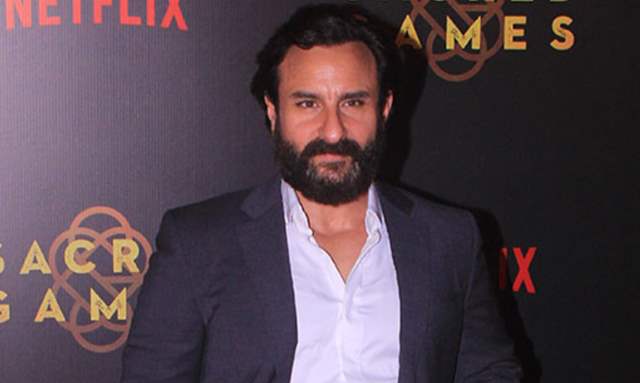 Saif Ali Khan has etched his name in the history of Bollywood, and he is considered to be one of the most celebrated actors of his generation. However, he failed to enjoy the same success as the other Khans - Salman Khan, Shah Rukh Khan and Aamir Khan.

Now, in a recent interview, Saif spoke about the comparison of the success department and agreed that it worked in his favour, as it gave him not only the freedom to experiment but also to forge his own path as an actor.

Relatively, Saif’s less success was a ‘really good thing’ for him as an actor, he ‘absolutely’ agreed. “I have to say these guys - Shah Rukh, Salman and Aamir - were kind of born somehow to be actors. I think it must have been a childhood ambition. Certainly, I know it was for two of them. I don’t know if it was Salman’s ambition anyway but he was certainly built for it and made for the kind of success he saw.”

Mapping his career path, as an actor, Saif told Film Companion, “I joined movies at a time where you got to aim to either be a superstar or not bother. And there’s a point there. It wasn’t really about nuance, different kinds of characters...all that has happened now.”

Reasoning his experimentation with different roles and characters, the Tandav star said that he became more interested in acting and understands it better now.

Over the years, the Omkara actor is known to give his best and he leaves no stone unturned in the performance of his character. Saif has always impressed his fans with his new and surprising avatars.

He asked everyone to be hopeful because ‘there is no definite path’ to make it big. “For me, films have also changed. I am being offered complex roles and parts, and it is possible to make a lucrative living that can support a fairly lovely lifestyle,” he said.

Saif made his acting debut with Parampara (1993), followed by Yeh Dillagi. He credited Akshay Kumar for helping him make it in Bollywood. The two worked together on several projects including films such as Yeh Dillagi, Main Khiladi Tu Anari and Tashan.

Talking about the Khiladi Kumar, the 50-year-old actor said, “If I was cute and fun in a lot of movies and I did a lot of work with Akshay Kumar, who perhaps lacked at that point, cute and fun, so we made a kind of super-person and found our way in the industry. I completed him and he completed me. I think that’s why we are so fond of each other till today. We realise we owe each other that, in a sense,” he said, adding, “Usually, a solo successful superstar like these guys (the Khans) don’t need someone to complete them.”

Meanwhile, after completing the shoot of his upcoming film Bhoot Police, Saif Ali Khan is busy showering his attention on his newborn. Kareena Kapoor Khan recently gave birth to their second child, a baby boy.

On the work front, Saif has a lot to look forward to. He has Adipurush, Bunty Aur Babli 2 in the pipeline.