New Delhi, Jan 1 (IANS) Bollywood megastar Amitabh Bachchan has received lots of compliments for his performance in 'Paa' and the latest to join the bandwagon is Indian cricket icon Sachin Tendulkar.

'Sachin Tendulkar called to personally compliment me on 'Paa',' the 68-year-old posted on his blog, bigb.bigadda.com.

'I was waiting for him to finish his cricket matches with Sri Lanka and then invite him over to see the film at a private screening. But he beat me to it and went to a theatre and saw the film,' Amitabh added. 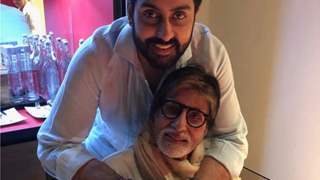