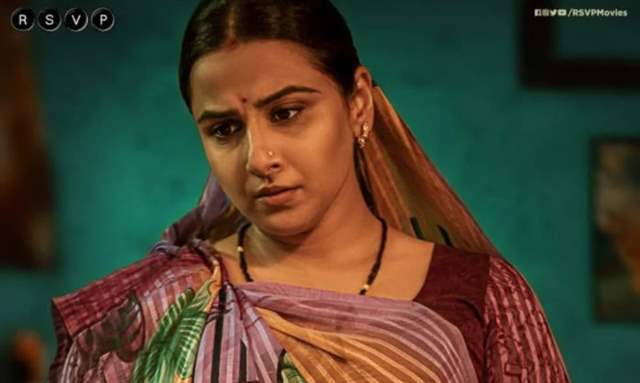 There are movies that have big releases that have a high buzz among the audiences and then there are movies which premiere on streaming platforms, that impress audiences even internationally.  One such movie from recent times from our very own country India is, Natkhat. The movie is making claim for Oscars.

A short clip of the movie scene is making rounds on social media; in the clip Vidya Balan is massaging her child's head and having a conversation with him, what seems to start as an innocent conversation soon becomes a gut-wrenching and worrying one. The scene creates fear and intrigue in minds of viewers and rightly the movie is making an Oscar claim with the scene running around a gruesome thought.

Making it to the nominations is a huge achievement in itself and Natkhat is looking to go 1 better. Eyeing on a big feat with an Oscar, the short-movie takes on the delicate subject of gender-equality and handles it with care so as to not go on the wrong path when dealing with such sensitive issues.

Directed by Shaan Vyas and written by Vyas and Annukampa Harsh the movie is taking on relevant issues in today's world. It premiered on YouTube as part of the We Are One: A Global Film Festival. The Ronnie Screwvala produced film came out on June 2, 2020.

Go watch the movie if you haven't already as India braces again and pins it hopes on Natkhat to finally bring Oscars to India after a long wait.