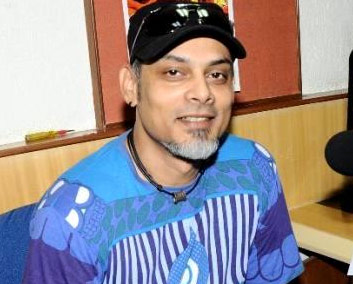 Singer Suraj Jagan, one of the pioneers of the Indian rock scene, says the genre is not readily accepted by masses and rockers all over world have been treated like orphans.

"Rockers in general have always been treated like orphans world over. They have had to struggle a lot more when as compared to any other genre," Suraj told IANS.

"Rockers don't think it for making commercial. If it becomes commercial, it's good. There are some other genres that are like that but I can speak only for rock because that is where I am connected to," added Suraj, who has leant voice to more than 200 jingles including the "You & I in this beautiful world" for Hutch.

Talking about the acceptability of rock genre, he added: "Many people think, what the hell is this? But the youth can connect with energy. And now Bollywood is also opening to it."

An accidental singer, the 45-year-old welcomes the change in filmdom and says the current experimental phase is because of the new entrants.

"The film industry is ever evolving and I feel very happy about the changes. A lot of youth and new talent are coming in the industry. And that's the reason we are seeing so many new forms of music and experiments," said the singer known for singing hits like "Give me some sunshine", "Sadka kiya" and "Aafaton ke parinde".

Farhan Akhtar and Karan Johar have contributed to the changing scenario, he feels.

"Farhan and Karan support young talent and they don't hesitate to experiment. They are responsible for bringing the change in the industry. I don't care if it is rock or not but I am happy to see the experiment.

"Experiments and changes are important. Otherwise everything becomes stagnant and boring. It is not just music that I am talking about, the kinds of films that are made now are also quite different," he said.

He recently gave voice to the first ever Gujarati rock song, titled "Pankhida", for the Gujarati movie "Kevi Rite Jaish".