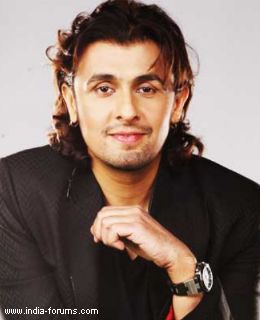 With New Year just round the corner, singer Sonu Niigaam says his resolution will be to undertake an adventurous road trip.

Sonu is currently working on an English album, 'Spirit Unfolding', while his son Nevaan's version of 'Kolaveri Di' is attracting hordes of viewers on YouTube.

Struggle a must in Bollywood, says Neha

Actress Neha Dhupia admits that getting a break in Bollywood is no mean a feat as one has to struggle a lot to establish a foothold in the industry.

'I believe that there is a lot of struggle even now. No actor or a person can say that there is no struggle in their lives,' the 31-year-old actress said during a promotional visit to an apparel store for her film 'Pappu Can't Dance Saala'.

After being crowned Miss India in 2002, Neha debuted in Bollywood with 'Qayamat: City Under Threat' in 2003. She was last seen in 'Gandhi To Hitler' this year.

Neha Dhupia: Your weighing scale doesn't define you, you do!