View Profile
Actor Ritesh Deshmukh, who has a string of hit comedy 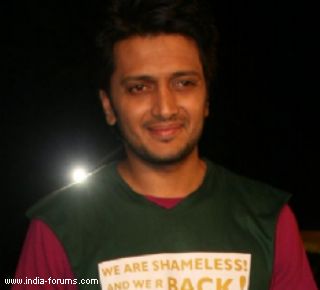 films under his belt, is now planning to get serious with a thriller and a black comedy.

"My next two films are comedies but yes, after that I will be doing a couple of serious films. I have decided on two films - one is a thriller and the other is a black comedy," the 33-year-old said at an event here.

He was last seen in "Housefull 2", and his forthcoming film "Kyaa Super Kool Hai Hum" is a sex comedy.