Mumbai, Oct 16 (IANS) Usually actors demand extra songs and dialogues from their co-stars, but Riteish Deshmukh refused to shake a leg in in Milap Jhaveri's 'Jaane Kahan Se Aayee Hai' because it was not going with his character.

Riteish was told he was required to do an elaborately choreographed song sequence, but the actor felt that it wouldn't look convincing that his character breaks into intricate dance steps. So he asked Ruslaan Mumtaz do all the dancing.

'The choreography by Bosco-Caesar involved a lot of B-boing, which is the hip hop style of dancing. The girls - Jacqueline Fernandes and Sonal Sehgel - begged off and were given easier steps. That left only me and Riteish. But Riteish put his foot down. He said, 'How can I dance so well when I play a loser?' And he volunteered to just stand quietly while I danced,' Ruslaan told IANS.

Ruslaan, who debuted with 'Mera Pehla Pehla Pyar', is all praise for his co-star.

'Not too many actors would be happy without songs and dances just to be in character. Riteish is allowing me to do all the herogiri because he says I play the 'filmy hero' so I should do all the filmy stuff,' said Ruslaan. 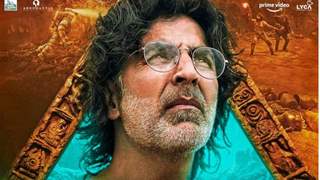