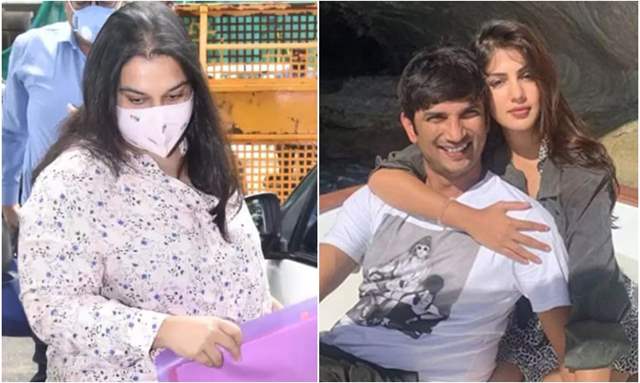 Sushant Singh Rajput’s death case has been handed over to the Central Bureau of Investigation (CBI), who is now investigating the case. The CBI filed an FIR against 6 people including Rhea Chakraborty, Indrajit Chakraborty, Sandhya Chakraborty, Showik Chakraborty, Samuel Miranda, Shruti Modi, and others as accused. They have been charged under various sections of the Indian Penal Code including abetment of suicide, criminal conspiracy, wrongful restraint/confinement, theft, criminal breach of trust, cheating and other offences.

The Enforcement Directorate summoned Sushant’s former business manager Shruti Modi for investigation in the money laundering angle against Rhea and her family. Shruti arrived at the ED office on Tuesday morning for the third round of investigation and was asked to submit a few documents.

During her interrogation, Shruti made big revelations about Rhea Chakraborty’s play in Sushant’s professional and financial decisions. While she denied having any knowledge about financial irregularities and illegal transactions, she alleged that Rhea made all financial and professional decisions on the actor’s behalf.

As reported by Republic, Shruti Modi alleged that Rhea took decisions on Sushant’s behalf and also attended calls related to the companies she had stakes in. Apart from this, the report also adds that Rhea made decisions for Sushant’s professional front as well and took decisions regarding certain film projects.

Further, Shruti claimed that she was not in contact with Sushant after February 2020 as her professional relationship with the actor came to an end.

Meanwhile, Rhea Chakraborty along with brother Showik Chakraborty was summoned and interrogated at the ED office for long hours in connection to the money laundering case filed against them.