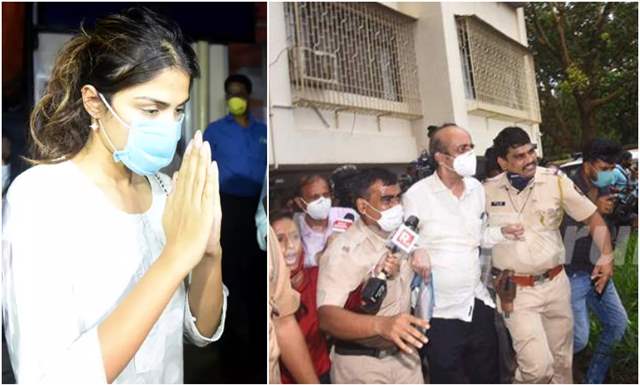 The Supreme Court of India directed CBI to investigate Sushant Singh Rajput’s death on August 19, 2020. The verdict saw huge applause from the late actor’s family, Bollywood celebrities, and even his beloved fans. While the investigation has seen several twists, Rhea Chakraborty was interrogated by the agency officers for four consecutive days.

As several new angles continue to unravel, the CBI has now summoned Rhea Chakraborty’s parents to join the investigation as well. Her parents arrived at the DRDO guest house for the first time and are currently being questioned by the Central Bureau of Investigation (CBI) in connection to Sushant Singh Rajput’s death.

According to a Times of India report, Rhea Chakraborty’s father Indranjit Chakraborty, and mother Sandhya Chakraborty reached the guest house later this morning (around 11 am) and they were escorted by a police vehicle.

For the uninitiated, Rhea and her parents are among those whose names have been mentioned in the FIR lodged by Sushant Singh Rajput’s father KK Singh in Patna Police for allegedly abetting the actor's suicide and misappropriating his money.

Meanwhile, Rhea and her brother Showik Chakraborty have reportedly not been summoned for questioning on Tuesday. Previously, the actress has been grilled by CBI for around 35 hours over the last four days consecutively.

Sushant Singh Rajput passed away on June 14 at his Bandra residence. The case is currently being probed by the Enforcement Directorate and Central Bureau of Investigation. Now, as per the reports, even the Narcotics Control Bureau is investigating the case after new drug angle was recently uncovered.