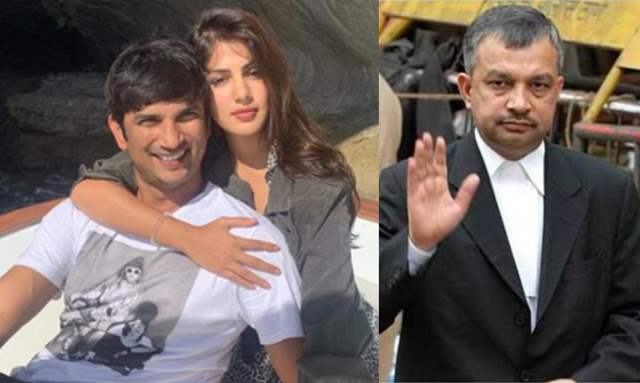 Months after Sushant Singh Rajput’s sad demise, the Central Bureau of Investigation (CBI) continues to investigate the death of the Kedarnath (2019) actor. Meanwhile, fans have been eager to know the exact cause of SSR’s death and Maharashtra Home Minister Anil Deshmukh, on Sunday, requested the agency to reveal if actor Sushant Singh Rajput's death was a suicide or murder. Many have been concerned about the delay in the conclusion of the investigation.

In his statement, Maneshinde spoke about the same and welcomed the HM's call to make the CBI report public. He reportedly said, “A hue and cry was made when the Mumbai Police took about 2 months into the investigations and the report remained to be made public. An FIR was filed in Patna making false allegations against Rhea Chakraborty and her family in July 2020. The Mumbai Police, ED, NCB and CBI including Patna Police have conducted investigations against Rhea."

The lawyer also stated that Rhea Chakraborty was arrested by the NCB  in a ‘bogus case with no evidence’. The actress was in custody for almost a month until the Bombay High Court granted her bail. He further added that the truth shall remain the same, no matter who investigates the case.

“Whatever may be the Circumstances, the CBI should come out with its findings after 4 months of investigations by the Premier investigating agency of the country. It is high time that there is a Closure to this Sad Event. Satya Meva Jayate,” said adv. Satish Maneshinde.

Meanwhile, back in October, the medical board of the All India Institute of Medical Sciences (AIIMS) reportedly ruled out murder in the death of SSR and termed it "a case of hanging and death by suicide."

On the other hand, Shekhar Suman has been demanding justice for Sushant Singh Rajput and he had tweeted that six months is an unimaginably long time for a sensitive case like this one.

Soni Razdan supports Rhea Chakraborty: “She was an innocent victim of ...