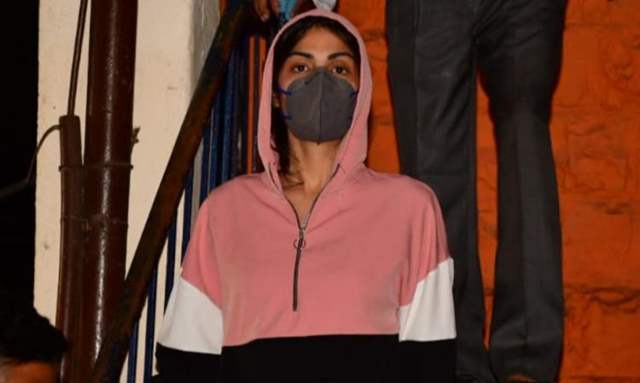 It’s been six months since Sushant Singh Rajput’s tragic demise. While the Central Bureau of Investigation (CBI) continues to investigate the actor’s death, it seems a lot is yet to be uncovered. Recently, the on-going case saw a new angle as the Mumbai Police has informed Bombay High Court they were duty-bound to book actor Sushant Singh Rajput’s sisters.

The recent development comes after Rhea Chakraborty lodged a complaint against Sushant’s sisters Priyanka Singh and Meetu Singh. According to a PTI report, Mumbai Police made the admission on Monday in an affidavit in the high court seeking dismissal of the petition filed by Priyanka Singh and Meetu Singh to quash the first information report (FIR) lodged against them for alleged forgery and fabrication of a medical prescription for their brother, PTI added.

Bandra Police’s senior inspector Nikhil Kapse in the affidavit refuted the allegations that the police were damaging the reputation of the petitioners or any deceased person. The affidavit maintained that by registering the FIR against Rajput's sisters, the police were not trying to "influence or derail" the probe being carried out by the Central Bureau of Investigation (CBI).

"The FIR (against Priyanka and Meetu) was registered based on the information provided by the first informant (Rhea Chakraborty) disclosing commission of the offense," it said.

Meanwhile, the affidavit further claimed that according to the complainant (Rhea Chakraborty), a fake and fabricated medical prescription was sent by the petitioners with the help of a Delhi-based doctor wherein medicines for anxiety were prescribed to Rajput.

According to a report in Live Law, the affidavit said, “FIR lodged at Mumbai seeks investigation into alleged offence of conspiracy, forgery, cheating and conspiracy by petitioners sisters of Sushant Singh Rajput, Dr Tarun Kumar and others for fabricating medical prescription to procure and administer controlled drugs/psychotropic substances to Sushant Singh Rajput without his actual examination. FIR also seeks investigations into the possibility of deterioration of his mental health and eventual suicide pursuant to the said conspiracy.”

It further added that the Mumbai Police in keeping with the order passed by the Supreme Court referred all relevant documents pertaining to the FIR to the CBI which is probing Rajput's death case.

The police opposed the stand taken by CBI that they should not have registered the FIR in the same case that the central agency was already probing.

“The case being probed by the CBI is one registered by the deceased’s father in Bihar. On the other hand, the FIR lodged by the Mumbai police is by Rhea Chakraborty seeking investigation for forgery, cheating and criminal conspiracy against Sushant Singh Rajput’s sisters Priyanka and Meetu and doctor Tarun Kumar,” the affidavit said.

It is now for the CBI to investigate both the FIRs and to file appropriate reports, it added.

Furthermore, the bench of justice SS Shinde and justice MS Karnik will take up the plea for hearing on Wednesday.