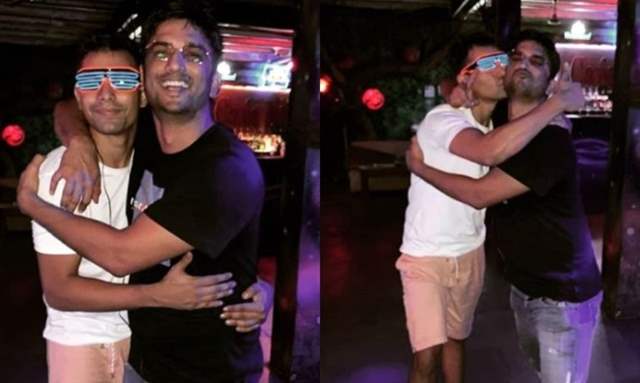 It's been more than a month to Sushant Singh Rajput's untimely demise. However, his family, friends and fans are still mourning the loss as the actor left for heavenly abode.

Recently, Rhea Chakraborty's brother Showik remembered the late actor with an emotional post. Sharing a throwback picture, he recalled his memories with Sushant in a moving letter.

Showik wrote, “I haven’t processed the fact that you aren’t here anymore.. smiling at the smallest of things, laughing like there’s no tomorrow. Happiness for you was not a marker but extreme compassion was. You believed in love and spreading as much love as you could even though you were fighting a battle of your own... You taught me how to look at life with your perspective and I did and saw that you had already lived life more than anyone could’ve imagined- you made me live with your perspective, your vision to change the world."

Expressing his grief, he added:

“I don’t think anything I say will suffice the relationship we shared. My brother, I looked up to you and now I look up in the sky and see you but guess what? I don't even need a telescope to see the biggest and brightest star. You always believed in my gut, and now my gut tells me you’re at a better place so I believe it. There is a huge part of me that will never be able to reason with the fact that you’re not here anymore. How do I generate the flow state in me the way you instilled it in everyone around you.... the most humble human I have ever come across.”

Showik, who wrote the note before the release of Dil Bechara on Friday, ended it with, “The man with the biggest heart and the strongest soul.. Today your movie releases and for one last time, we can all sit and watch the greatest performer of all time and celebrate him forever. Rest in peace mere bhai. Jai shiv shambhoo.”

Rhea also reacted to the post and commented:  "My boys."

"Sushant's Mother Was Also Depressed & Her Passing Away Led Him To Be ...

Aamir Khan Can't Contain his Happiness after Turning a ...
19 minutes ago

Shekhar Kapur Appointed as President of FTII Society & ...
25 minutes ago