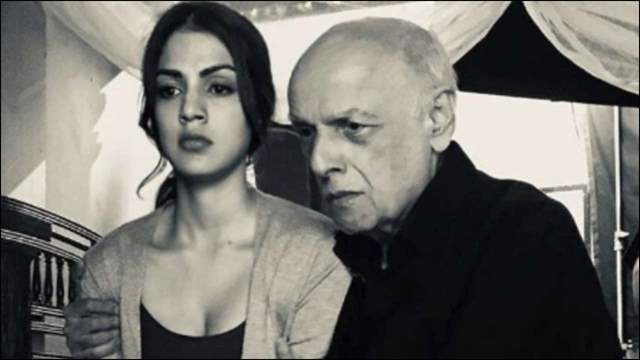 Rhea Chakraborty has been the prime accused in Sushant Singh Rajput’s death case after the late actor’s family levelled several serious allegations against her and her family. Sushant's father K K Singh also filed an FIR against 6 people including Rhea Chakraborty, Indrajit Chakraborty, Sandhya Chakraborty, Showik Chakraborty, Samuel Miranda, Shruti Modi, and others for abetment of suicide and criminal conspiracy.

Rhea was living with Sushant at his Bandra house, however, left on June 08 2020. Aaj Tak had accessed her WhatsApp messages to filmmaker  Mahesh Bhatt on the same day after she left Sushant’s home. Her connection with Bhatt came under the scanner after the WhatsApp chats exchanged between them surfaced in the media.

According to Aaj Tak, the sent text by Rhea to Mahesh Bhatt reads, “Aisha moves on...sir...with a heavy heart and a sense of relief. Our last call was a wakeup call. You are my angel You were then And you are now.”

In response to this, the text allegedly sent by Mahesh Bhatt read, "Don't look back. Make it possible what is inevitable. My love to your father. He will be a happy man." Rhea’s next response to his message read, “Have found some courage sir and what you said about my dad tht day on the phone pushed me to be strong for him. He sends you love and thanks you for always being so special.”

And now in a recent interview with India Today, Rhea clarified that the Whatsapp messages had nothing to do with her and Sushant. "I was upset and hurt, that SSR didn't call me back and didn't want me back, I wondered if he wanted to push me away because I was unwell. But my conversation with Bhattsaab had nothing to do with that," Rhea told the daily.

Moreover, Rhea has also denied the reports of 8 hard drives being destroyed at Sushant’s house. She said "This is a baseless allegation, there was no hard drive that I know of, no one came while I was there. Perhaps, after I left, his sister may have called someone, but I am not aware of it. I don't even think Siddharth Pithani said something like that, I believe this is a concocted story, much like several others doing the rounds."