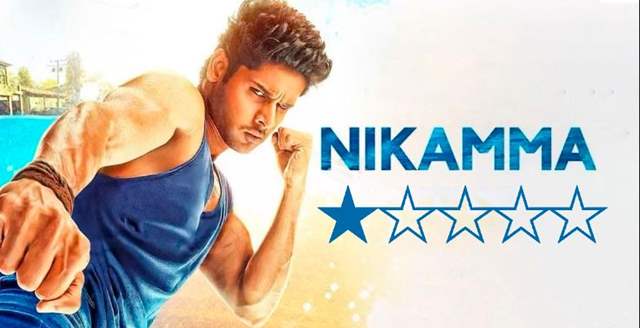 There should be sufficient investigation and analysis as to what led to a group of several minds coming together decided to greenlight the idea of Nikamma, even though it is a remake. One might wonder that how did nobody attached to the film, while making it, realise that this is a trainwreck.

Having powered through watching Nikamma, here's what I though about it- 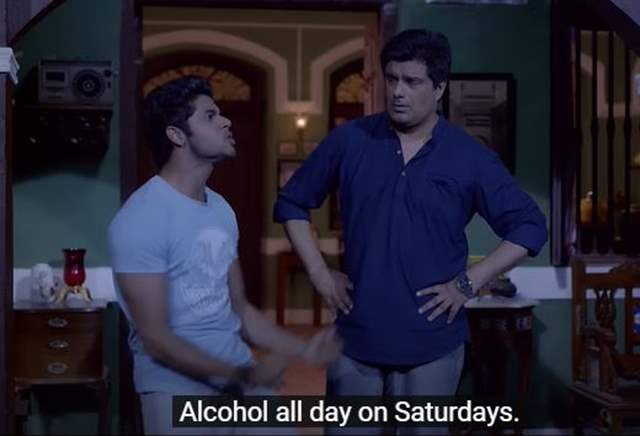 It is unfair to the likes of Ahmed Khan and Farhad Samji, who seemingly bear the brunt of the flak for their movies, and somehow Sabbir Khan isn't mentioned or talked about. While his repertoire speaks for itself, Nikamma is probably his worst, and that is saying something given he has directed films like Kambakht Ishq and Munna Michael earlier. Khan's direction is jading and even infuriating in almost every scene - be it comedy or action, and emotion as well - well, there's barely emotions but yes! 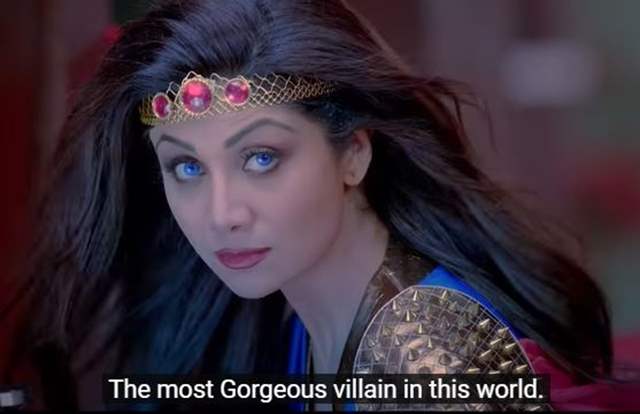 Nikamma's story and screenplay has got to be one of the most laughable ones one can imagine. A good-for-nothing boy with a strong memory loves his brother and has problems with his sister-in-law. But it changes over the period and he, in fact, leads to become her protector from the bad guy. There is a twist in the end which makes things even more laughable. The entire way the movie is constructed and executed makes the film a tedious affair. What makes things worse? The film is 2 and a half hours long. It becomes a task to even sit through the entire runtime. 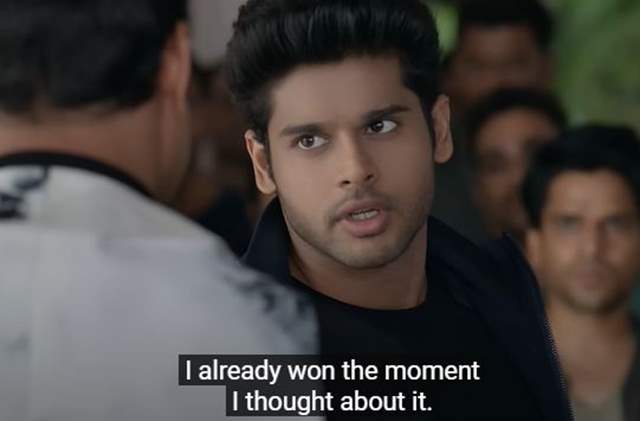 These are the kind of lines that the film has among many others. It almost seems like a school kid with his innocence was asked to write for a movie about talking adults. Maybe that should have been the case - it would have been better that this. 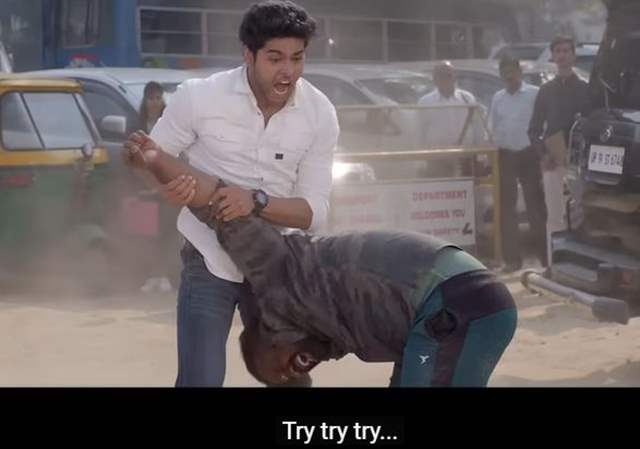 It isn't that the music of the film is bad. There are decent numbers and token - one romantic song, one celebration number and one remix of the original. But none of these work because they seem a tick off the list and nothing else. The biggest disappointment in the sound department though has to be the BGM. Apart from one signature tune for Abhimanyu's Aadi, there BGM is underwhelming. 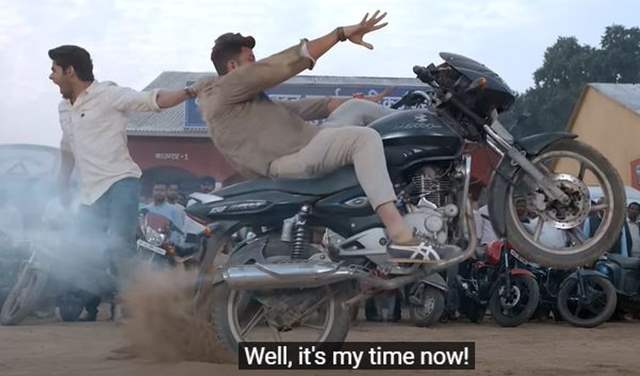 In an attempt to make the film a massy entertainer, Nikamma ends up doing nothing new and infact fidgets with the old tropes in an pathetic way. It's the same-old, same-old but without any novelty. The action might be decent but it is definitely not enough to save the film in any manner. It doesn't help that the production value of the film also seems a huge let down. Even with films like Heropanti 2 or Kambakht Ishq, the saving grace was the attractive visuals. That isn't the case here at all. 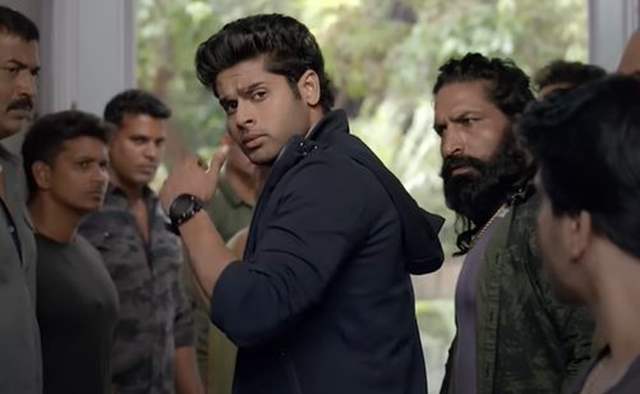 I felt almost heartbroken to see Abhimanyu Dassani on-screen in Nikamma. Having had one of the best debuts with Mard Ko Dard Nahi Hota a few years ago, and impressing with Meenakshi Sundareshwar as well, Dassani being here making an attempt to be a massy star is an absolute disaster. Dassani looks amazing, fights well but is extremely hammy with his dialogues and scenes and somehow just appears loud and irritating. I wonder if he actually saw his own performance even in the monitor after the director yelled cut. Everything is a wondering with this film. 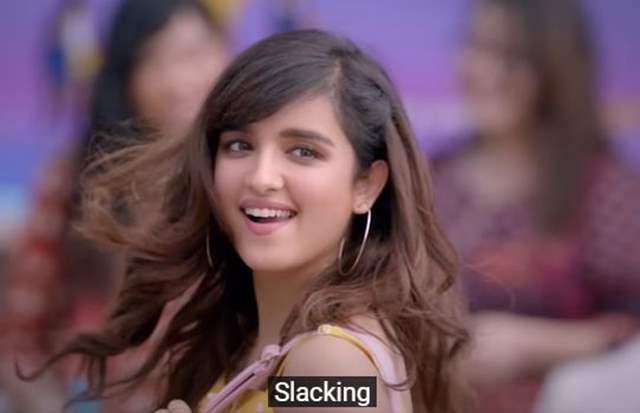 Shirley Sethia might feel that doing this film was a mistake and apart from looking cute and petite; her performance, her dialogues and her scenes are a mockery of anything and everything. The theatre hall we were in were either entirely disinterested when her scenes came in or were laughing for the wrong reasons the entire time. 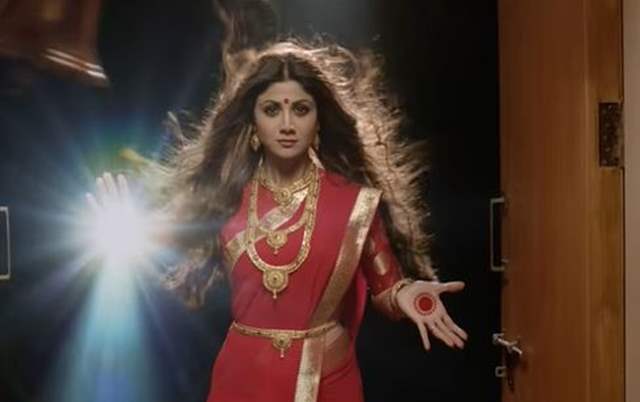 The only saving grace in the film is Shilpa Shetty. Not because she has layers or has a nuanced performance per se, but one can see her experience in front of the screen. She is beautiful as we know but underplays and overplays her role just enough to be decent. That also goes entirely downhill in the last 20-odd minutes where even she is asked to overact to the maximum.

Nikamma is an insult to the senses in every possible manner and there's nothing about that makes it watchable enough.

+ 4
1 months ago Seriously, what's wrong with people here. I'm not talking'bt the movie at all cos first would like to understand the mindset here. Such terrible statements for Shilpa Shetty & most I see is because you're getting bored of seeing an actress onscreen who doesn't look aged as she should be. I don't see these statements when movies of older Actors like Akshay & SRK still play out till Today. If her counterparts who're older than her can do films so can she cos frankly she has not just put her efforts in Maintaining herself unlike these Actors but is also active. The only thing one can say is probably her judgement as a Producer might not have been great due to the film not being a good one But Hey, have you folks even watched BhoolB2...Gosh! It's so bad in terms of plot & editing & yet raking in crores so I highly doubt the Audience is advanced enough to put the efforts in for.

1 months ago Why is Shilpa Shetty still trying? Like seriously, get lost aunty! Your time is over. And why does this Dassani kid think he can be an actor? He doesn’t even know how to act. Both his parents are failed actors. Bollywood filmmakers think they can survive by remaking movies but that’s a one way ticket to failure. No wonder most Bollywood films are failing miserably.

1 months ago Shilpa thinks her trying hard to be teenage girl type sick dance will mint money like her trash 90's nonsensical gutter movies...ur time is up Shilpa ji...pls do some dance judge show and do some overacting food reels like you have done before opening ur mouth wide like ellora caves in ur insta account..phew....i don't remember when her last film ran and how many films of hers were hit...shilpa.ji really needs a long long rest

+ 2
1 months ago Shilpa’s all films now r disaster only… no one is interested now… her time is over, y she even needs to do films now..she thinks her films now will work same as 90s.. nope

+ 8
1 months ago Fair enough it’s not great but a lot of hard work goes into making a film - you should think twice before trashing it!

+ 14
1 months ago It’d have surprised me if the review had been terriFIC. TerriBIL was expected🤣