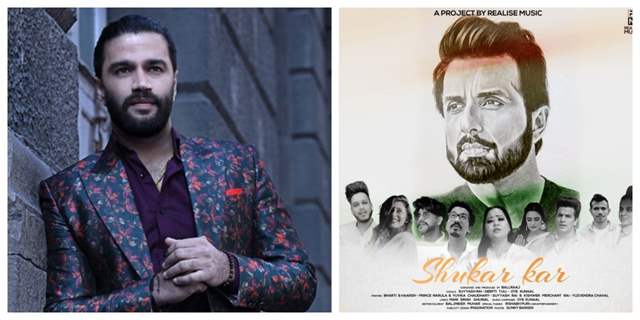 Stand up comedian and host Ballraaj's maiden production song 'Shukar Kar' released on 17th June on his banner Realise Music's YouTube channel. The special track is a tribute to actor Sonu Sood for an amazing work he is doing during these unpredictable crisis. Interestingly, Sonu Sood is also the part of the music video and the revenue generated from the song will be donated to Sonu Sood's charity.

"It was a conscious decision from the whole team that the revenue which will be generated from the song will go the actor’s charity, this is Realise Music’s gesture of applauding Sood’s selfless efforts. The crux of the song itself is that people who have a roof over their head and food in their plates should be thankful to the Almighty rather than complain about boredom and monotony. There are millions who dont have this luxury and those who do, must do everything they can to help the needy.” says a source.

Commenting on the same, Ballraaj says, "It's a small contribution from our end to support Sonu paaji. He has single-handedly helped so many people to reach their hometown in this difficult time, this is least we can do for him. The song is a special tribute to Sonu paaji and he has loved the track. At the same time I am sure people from all across the world will love the track for the message it has and enjoy it as much as we did while creating it."

Sonu Sood reacts to allegations of Relief efforts being Politically ...