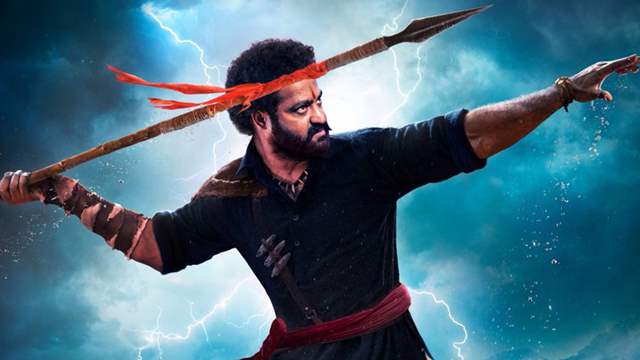 As Nandamuri Taraka Rama Rao aka Jr NTR celebrates his birthday today, the makers of RRR had the perfect treat for his fans.

Jr. NTR turns 37 today and on this occasion, his first look poster as Komaram Bheem was unveiled by RRR director SS Rajamouli. Sharing the poster, he wrote on Twitter:

“My Bheem has a heart of gold.But when he rebels, he stands strong and bold! Here’s @tarak9999 as the INTENSE #KomaramBheem from #RRRMovie.”

A day ago, Jr. NTR had shared an important statement making a humble request to his fans and well wishers to stay at home and not gather to celebrate his birthday owing to the Covid-19 situation in the nation.

Speaking of RRR, the film is a period drama like never before, a fictional take on the younger days of celebrated freedom fighters Komaram Bheem and Alluri Seetharamaraju, played by Jr.NTR and Ram Charan.

Produced by DVV Danayya, RRR is set to release in Telugu, Tamil, Hindi, Malayalam, Kannada, and several other India languages. The film is slated to hit the screens on October 13 this year.