View Profile
Filmmaker Ram Gopal Varma says that his upcoming film 'Sarkar Raj' was based completely on an original script and has no reference point. Speaking at the unveiling of the film's first look on Sunday night, Verma said, "Normally a sequel begins where the first part ends. But, 'Sarkar Raj' has no connection with 'Sarkar'. The scale is much bigger. If the first film was inspired by 'The Godfather', the second has no reference point and is a completely original script." He feels that film's 'larger than life' qualit 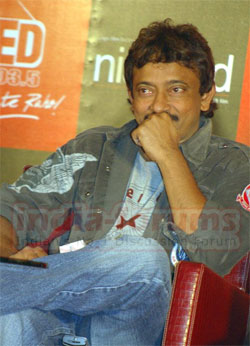 Featured Video
y came from the intense performances of Amitabh, Abhishek and Aishwarya. "It is because of them that `Sarkar Raj' comes across as a powerful film," he added. Amitabh Bachchan, who was present at the function, stated that 'Sarkar Raj' is in no way connected with the Thackeray family.

Verma thinks that in realistic films, the audience is bound to draw inference from an element or a character existing in real life. "This is the pschyological aspect," he said. Verma said that the sequel is an intense political drama and is essentially a study of power. It explores the politics of development and takes a fresh look at the tradition versus modernity debate. In 'Sarkar Raj', Sarkar (Amitabh) takes a backseat while his son Shankar Nagre (Abhishek) holds fort. Aishwarya, who plays the CEO of Sheppard Power, an international power company, brings a proposal to set up a power plant in rural Maharashtra. An insightful Shankar is quick to realize the benefits of the power plant. After convincing Sarkar (Amitabh) who is against it for various reasons, Shankar undertakes a journey along with Aishwarya to the villages of Maharashtra to mobilize the support of the masses. However, things are not what they seem, and Shankar's dream project gradually becomes a political minefield. It is in this backdrop that the evil forces mushroom and gang up to bring down Sarkar's regime and obliterate Shankar's name from the political horizon.

Amitabh, while speaking on the occasion, said he has always been an admirer of Ramu's work and being a part of 'Sarkar' was an historic moment for him. "Working in 'Sarkar Raj' was naturally a happy moment because I get to share screen space with Aishwarya and Abhishek. Working with family has its advantages and disadvantages. It is a test not just for the actors concerned but also the filmmaker who has to do justice to all the three roles," the actor noted. Big B said Ramu as a filmmaker had provided him an opportunity to challenge himself as an actor. He thinks that even if `Nishabd' and `Aag' failed at the box office, nobody could have challenged his acting the way Ramu did. Verma also wants to work with Jaya Bachchan if a good script comes up. "Recently, I saw the film `Uphar' on television and felt that I had never seen a better performance," he said.

When asked whether she essays the role of Rebecca Mark, the CEO of Enron, in 'Sarkar Raj', Aishwarya said that her role is based on Ramu's script. The actress is currently at Miami where she is holidaying with hubby Abhishek to celebrate their first wedding anniversary. Abhishek said his father does not act, but lives the roles. "He makes me feel how inconsequential I am as an actor," he said. - (SAMPURN) 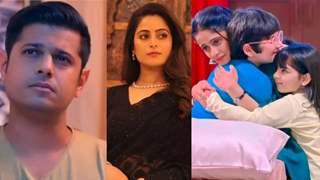 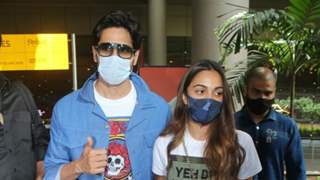