Love stories in Bollywood almost always follow the same patterns. Whether the family disapproves of the couple's love because of something or the other to do with status and/or feuds, or an angry young man and a bubbly young woman learn something over the course of falling in love. Surely, there are many other similar story lines; however there's one that has always done wonders for both the audience and the box office - the employer and the employee falling head over heels for each other. As this month brings Boss Day for us to celebrate, BollyCurry shifts its focus to the many films where this is shown to happen and in many ways. 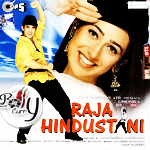 Does anybody remember the fantastic Aamir Khan and Karisma Kapoor starring, Raja Hindustani where the rich girl employs the rich-in-love driver and subsequently falls in love with him? Obviously, her family disapproved of this proposal, misunderstandings and manipulations drove a wedge between the couple until they were ultimately reunited. A memorable love story indeed! 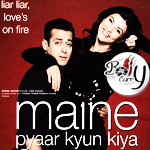 What about Maine Pyaar Kyun Kiya Where Salman Khan's character asks Sushmita Sen's, his secretary, to prance around as his wife to fool his girlfriend, but they wind up realizing their feelings for each other are genuine. This surely makes one wish all love stories can be filled with this much fun and frolic! 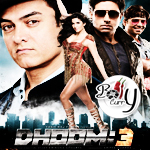 More recently, Katrina Kaif portrayed a dancer who falls in love with Aamir Khan, one of her bosses, in Dhoom 3. That was a very small subplot in a very convoluted movie about conmen, but still accurate.
There are many other films that have love stories between a boss and their employee such as Bodyguard and Kaho Naa... Pyaar Hai. But television shows are the main ones to have this as their focus; mainly to highlight differences in social status and values. Among them are the very popular Iss Pyaar Ko Kya Naam Doon, Qubool Hai, Geet Hui Sabse Parayi, Kis Desh Mein Hai Mera Dil and the most currently, Kumkum Bhagya.
This only proves that love has no social bounds when it comes and it may happen to just about anyone. BollyCurry is certain that there will be countless other films and television shows with this concept, nonetheless, we eagerly await them. Be sure to let us know your favourite movie or television show that expresses this kind of unique love as we wish all those out there, a very happy Boss Day!
Writer: Aradhna K.
Editor(s): Mohini N. and Sonia R.
Graphics: Shikha A.

Do you have a suggestion or comment for BollyCurry? Drop us a PM at BC_Dropbox today!
6 Likes