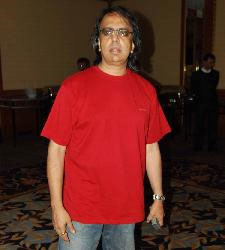 The story of 'Red Alert', a film based on Maoist violence in India, was inspired by a news report published in a leading national daily, says its director Anant Mahadevan.

'Actually I was inspired by a true story that appeared in The Hindustan Times about a farmer who got inadvertently trapped with a group of Naxalites,' Mahadevan told reporters during a media interaction here Saturday.

'The (Maoist) movement is suddenly rising again. It had died down in between. It is a 40-year-old problem and now everyone is running after it,' Mahadevan said.

Saying that the film was not a bird's eye view of the problem in India, the director said that 'Red Alert' was actually a story about a 'person affected by the movement'.

Mahadevan said that like every issue in the world, Maoist problem too had more than one facet.

'There are two sides to a coin. It began because of the government's apathy to people who were denied their rights,' he said, adding that Sunil Shetty was a perfect lead for the film, because he looked like a farmer.

'He looked like Andhra Pradesh farmer. He is from the south (India) too so half my battle in casting was over,' he said.