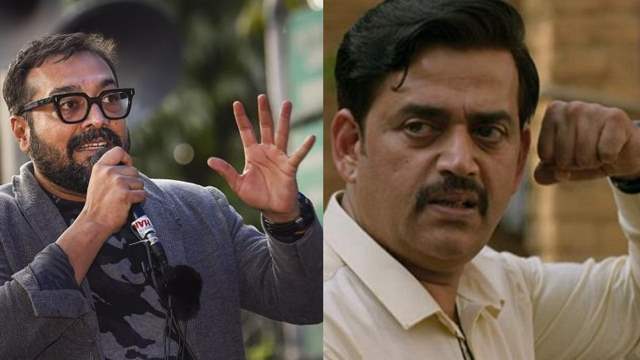 Sushant Singh Rajput’s death case investigation which has now taken the drug angle route has been intensifying with every passing day. The various revelations related to drugs made by SSR's house manager, Samuel Miranda, his house help Dipesh Sawant and his actress- girlfriend Rhea Chakraborty's brother Showik Chakraborty led to the arrest of Rhea after she allegedly confessed to her crime of procuring drugs for the late actor.

With the drug angle coming out, a lot of accusations have been made which claims that Bollywood is a hub of drug mafia and that various celebrities are involved in the buying, selling and supplying of drugs. However, the NCB so far has not revealed any names.

But, reportedly, they are all set to summon various actors soon.

Meanwhile, filmmaker Anurag Kashyap, was recently being labelled as 'Charsi' on the social media platform and he has now expressed being upset with actor and Member of Parliament Ravi Kishan who in his recent statement spoke about usage of drugs in Bollywood.

During his conversation with journalist Faye D’Souza, Anurag revealed about Ravi smoking weed in the past. Ravi and Anurag had collaborated the film 'Mukkabaaz' and that's when he saw him starting his day with weed.

He said, “Ravi Kishan acted in my last film Mukkabaaz. Ravi Kishan starts his day by saying Jai Shiv Shankar, Jai Bam Bhole. Jai shiv Shambhu for the longest period of his time, he has been somebody who has used weed. It is life.”

Also further claiming that everyone being aware of it as well, “Everybody knows it. The whole world knows. There’s not a single person who doesn’t know that Ravi Kishan does not smoke up.”

He also shares the Bhojpuri actor might have given up on it after he joined politics, “He might have quit now, that he has become a minister, he might have cleaned up.”

Now, reacting to Anurag Kashyap, Ravi Kishan told ANI that he is saddened as he did not expect such words from Kashyap. Before denying the claims made by the filmmaker, Ravi Kishan said that he doesn't want to give any explanation to anybody about his past.

Reacting to Kashyap's remarks, Ravi Kishan told media, "I didn't expect such words from Anurag Kashyap. It's no secret I am a devotee of Shiva so I chant his name. I'm saddened he would not support me on this issue of the war on drugs and say that I smoked up and I am clean now just because I'm a minister, which I'm not."

"I dont want to give any explanation to anybody about my past. It (drugs in Bollywood) is a serious issue and it's a humble request that you (Anurag Kashyap) should respect it. The entire country is keen on this issue, so I urge everyone, including you, to think before making any irresponsible comment," he added.