View Profile
"Ra.One is a must-watch for SRK fans and SFX lovers" 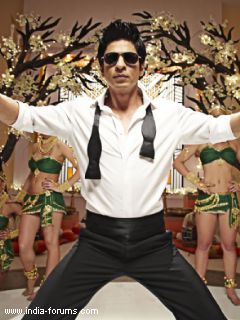 After Rajnikanth, Hrithik Roshan and Abhishek Bachchan; the next superstar jumping on the 'superhero flicks' bandwagon is none other than the supposed Badshah of Bollywood – Shah Rukh Khan. With an astonishing investment of Rs. 150 crores (suggested by reports), Ra.One is not only Shah Rukh Khan's most ambitious project till date but also Bollywood's costliest film ever made. The film's publicity campaign has been phenomenal enough to be referred to as a case study by marketing students. From getting international singer Akon on board, to the mega superstar Rajnikanth; Shah Rukh Khan has left no stone unturned. As he must have wished, since the past few months Bollywood has been all about – Ra.One! Will Ra.One be able to live up to the tremendous hype and expectations? Will it be able to recover its investment?

A father tries hard to fit-in in his Son's badass world. While Shekhar (Shah Rukh Khan) was trying every trick in the book to woo his son with wife Sonia (Kareena Kapoor); his son had already given up on him. Just when the father-son duo hit a deadlock- Shekhar strikes gold when he designs one hell of a game. Finally it all starts falling in place. The family comes together, but only to find themselves in the middle of a crash. Not just a hard drive crash but a crash that would drive them to a disaster. All hell breaks loose when – the game that was meant to be played with, starts playing them. Ra.One- The next level! 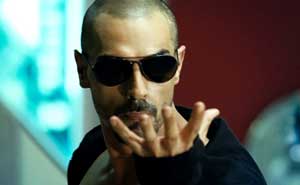 "Tum log har saal raavan ko is liye jalate ho kyunki tum jaante ho ke raavan kabhi marta nahi" – Killer dialogue, isn't it?! Well, the best part of the film is the bad man himself having the title role to his credit – Ra.One. The film starts off with an outright ridiculous beginning. The fact that a 'Kuch Kuch Hota Hai' song starts playing in the midst of a superhero sequence, justifies my judgment. You pray the film doesn't follow this trend, and thankfully, your wish is granted. The film goes on with an interesting flow and a brilliant latter half to its pre-interval segment. Watch out for the entire portion which shows the emergence of Ra.One into life, it has the ability to get you some serious goosebumps! And the credit purely goes to the SFX (special effects) team. The SFX witnessed in Ra.One is definitely the best ever seen in the Hindi Film industry. Another plus point is the action sequences between G.One and Ra.One.  It keeps you wanting for more. Also, Shah Rukh Khan's star power and screen presence is unmatchable. He can even make a Tamil character likeable with maybe the worst Tamil accent ever. That's Shah Rukh Khan for you.

However, the film does have its share of flaws too. The film majorly defaults in its "balancing act". The film tries to balance out between a sci-fi superhero flick and a massy Bollywood entertainer, and that's where it loses focus. This leads to several unnecessary sequences, typical Indianised Bollywood moments plus dialogues and failed emotional sequences. The forced humor which majorly comprises of some kicks in the nuts, fails at most places. Except the scene where a homosexual officer is checking out Shah Rukh Khan's body parts. That's hilarious! Even the emotional quotient between Shah Rukh Khan and Kareena Kapoor doesn't make an impact and seems unnecessary. Sequences having Rajnikanth, Sanjay Dutt and Priyanka Chopra's special appearances seem absolutely forced to increase the 'star power' of the film. Also, why does there have to be a hero v/s 10 gundas scene in every damn film?! Getting on to some other typical Indianised Bollywood moments, what's with the scene having G.One asking Sonia about Karva Chauth?! There are many more such scenes. Only if the film had concentrated on just the 'superhero' aspect of the film and have some more friction between G.One and Ra.One instead of concentrating on other unnecessary storylines, Ra.One could have proved to be path-breaking cinema. 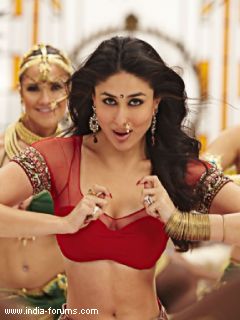 Being director Anubhav Sinha's next directorial venture post Tum Bin, Dus and Cash, Ra.One has definitely escalated his level. However, Sinha doesn't live up to the expectations created by the scale of this film. Not only the direction, but also screenplay by him along with Mushtaq Sheikh and Kanika Dhillon isn't first-rate and seems more of an attempt to make a 'complete package' rather than a sci-fi film. However, the strictly okay direction and screenplay is compensated with some brilliant cinematography by V. Manikanandan and great special effects. The music has already topped all popular music charts, Chammak Chalo being the talk of the town. However, it's not only the music but also the background score by Vishal-Shekhar which is brilliantly gripping.

Moving on to the performances, Ra.One belongs to Shah Rukh Khan. He brings in some amazing star power and screen presence as always. Frankly, the performance doesn't require histrionics. Being Shah Rukh Khan throughout is just more than enough! However, while playing Shekhar, he should have worked on his Tamil accent. Kareena Kapoor and Arjun Rampal are hardly there, but considering their poor performances, their minimal screen time actually works for the film. Kareena Kapoor, an actress who proudly claims to be doing equally meaty roles like her male counterparts, does nothing but add glam quotient to the film. No doubt, she looks drop-dead gorgeous. However, Kareena does nothing but dance, crib, look good; and gives in an average performance in sequences which require her to emote. In fact, if the emotional sequences don't work, Kareena Kapoor's mediocre performance is a major factor. Arjun Rampal tries his best to do a Voldemort but fails. The special effects version of Ra.One has more expressions compared to Arjun Rampal. Even in his minimal screen time, he fails to make an impact the character of Ra.One would require to do so. Armaan Verma gives in a confident performance. Shahana Goswami and Tom Wu don't have much scope.  Satish Kaushik and Suresh Menon are good in their usual bits. Special appearances by Rajnikanth, Sanjay Dutt and Priyanka Chopra are absolutely forced! Amitabh Bachchan's voice-over makes an impact. One wonders after getting 'Shahenshah', 'Chitti', 'Khalnayak' and 'Desi Girl', what stopped Shah Rukh from getting Krrish a.k.a good friend Hrithik Roshan from making an appearance.

Overall, there's no doubt that Ra.One as a film is flawed. However, Shah Rukh Khan's star power and the brilliant work by the film's special effects team is the saving grace and makes Ra.One a definite one-time watch. The film might not be liked by all sections of the audiences but shall definitely be loved by the masses. Also, it's a must-watch for all SRK fans and SFX lovers.