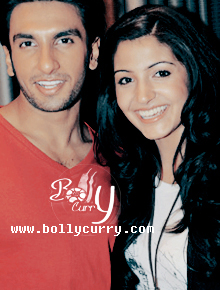 fter hitting the Box Office hard last year with the bubbly Band Baaja Baraat, sizzling rumors of the lead couple - Ranveer Singh and Anushka Sharma - did rounds on how the duo became a little more than cozy with one another off screen; the affliction only strengthened with public appearances of affection. However, putting an end to all speculation, one half of the duo has finally let loose and admitted that they are not dating, and nor were they ever in the first place.
Ranveer recently was heard justifying the unaccountable hours of company with Anushka by stating the age-old and much cliched phrase of 'we're good friends', thus eliminating any rumors announcing their breakup since they weren't together in the first place anyway. Apparently, the only reason the two have not been spotted together off late is because they no longer are working on the same project.
So a confession from the man himself. But do we the all-knowing audience and fans buy it? Let us know!