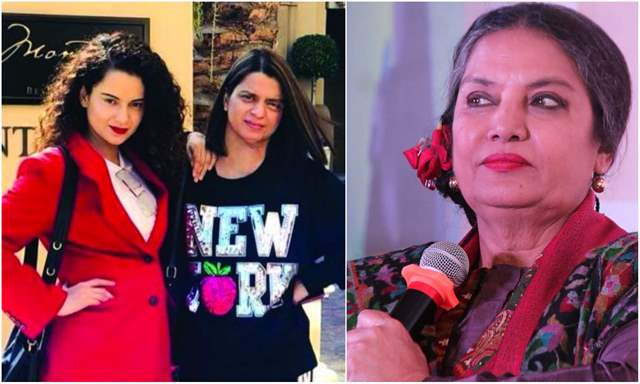 In a recent interview, Shabana Azmi had reacted to the recent attacks against the Bollywood industry and maintained that one cannot paint the entire industry with the same brush.

Shabana Azmi had also commented on Kangana Ranaut and said that she should stick to acting. "Kangana has started believing in her own myth. She says she taught feminism to the film industry, she taught it nationalism I’m glad she spelled that out because nobody else had noticed! I think she fears the day when she will no longer be in the headlines and so has to keep making outrageous statements to stay in the news. Poor girl, why doesn’t she just do what she is best at, which is acting," Shabana told Mumbai Mirror.

Her comments have reached Kangana Ranaut's sister Rangoli Chandel, who has hit back with a stern reply. Rangoli took to her social media and referred to Shabana Azmi as "suicide gang."

"Here comes the suicide gang! Dear Shabana ji I have a few questions for you and your husband. Why don't you both also stick to your respective acting and poetry? Why do you guys actively participate in anti India politics? To remain in headlines? Or you feel for certain issues? If you anti India agendas are genuine then why can't her pro India agendas be genuine as well? Why different rules for her and different for you?" 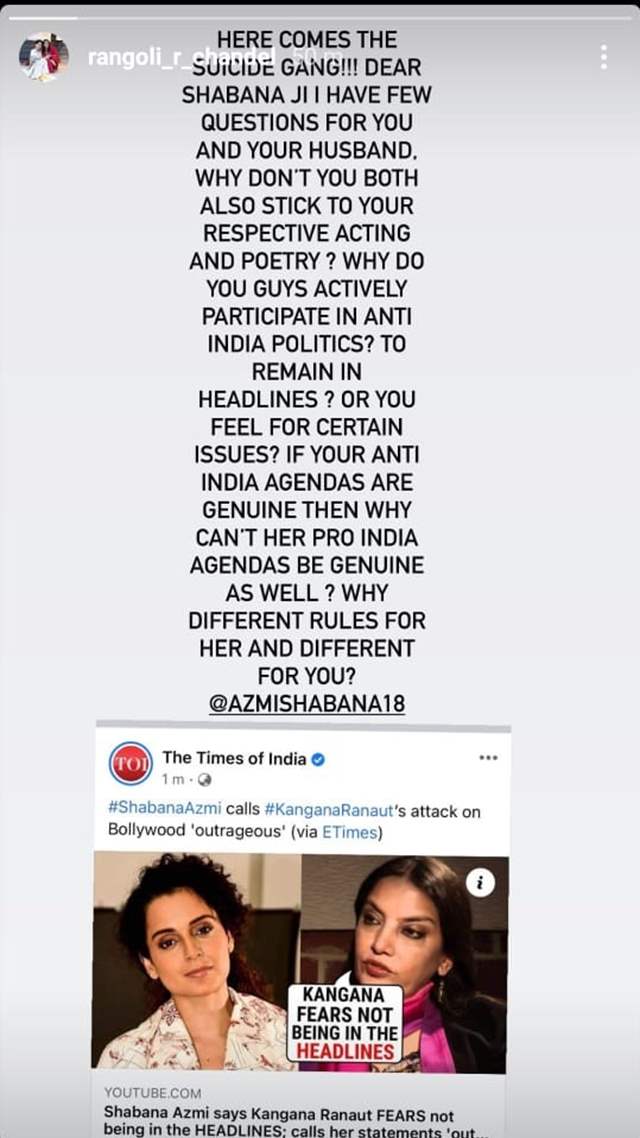 Meanwhile, Kangana Ranaut has not reacted to the same yet.

Previously, Kangana had taken potshots at Shabana Azmi and had called her 'anti national.' She had also accused her husband Javed Akhtar of threatening her to apologise to Hrithik Roshan.

JaaneBhiDoYaaro 3 months ago Who is Rangoli Chandel? What is she in Bollywood? Wait...she's no one! She is a product of nepotism who lives off her sister Kangana. The same Kangana who has supposedly waged war against nepotism in BL! Hypocrisy at its best!!