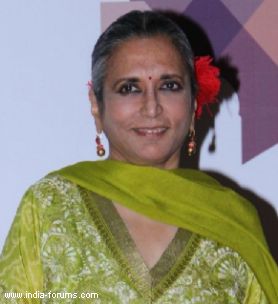 Acclaimed filmmaker Deepa Mehta, who has worked with actors as diverse as Aamir Khan and John Abraham, is now getting ready to direct Randeep Hooda. She has paired him with Canadian actress Sarah Allen in a yet-untitled project.

Sarah, who has acted in over two dozen films and television serials, is best known for her vampire's role in TV show "Being Human".

Talking about the project, Mehta said: "I am doing a film with Randeep Hooda later this summer. Sarah Allen, a fabulous and beautiful actor with huge acting chops is playing the lead opposite Randeep, whose character leads the charge. It's an edgy role that I'm positive he will do justice to."

The eclectic cast of the film would be from the US, Canada and India.

"Some are from here in Canada, Asome from Los Angeles. Some from New York city and some from Mumbai. It's a male-centric film, a lot to do with guy bonding and the peripheral part women play in that process," said the filmmaker.

While Mychael Danna is doing the music for the film, actor Kulbushan Kharbanda is also in the cast. Gulshan Grover too plays a prominent part.

"I worked with Gulshan in 'Earth' and he blew me away," said the Indo-Canadian filmmaker, who said her movie would keep in mind the change of government in India.

"Whatever transpires in India, and I'm talking about the recent landslide victory of Narendra Modi, invariably effects the diaspora. The climate here in Canada amongst the NRIs is one of euphoria.

"They feel Modi means the end of corruption; jobs for all...Values are shifting globally and the Canadian diaspora is no different."

She also said the Indian diaspora is doing well in Canada.