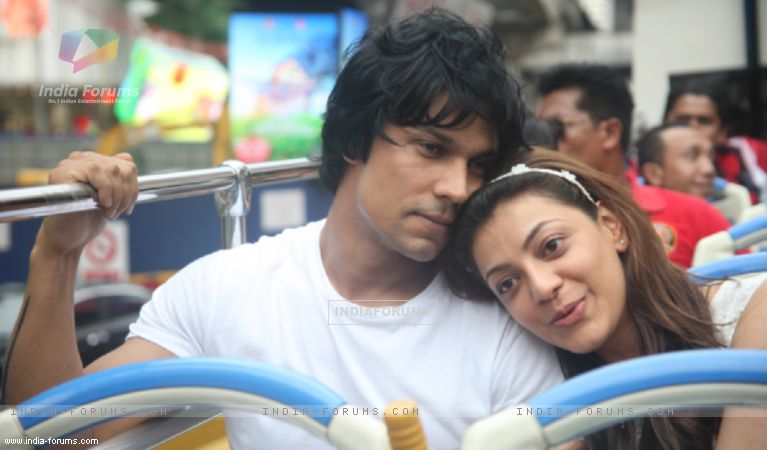 The "Highway" actor took to micro-blogging website Twitter, where he shared a photograph of himself with Tijori, his co-star Kajal Agarwal, and other members of the film's team.

"It's a wrap for #DoLafzoKiKahani.. Looking back at the day the whole team got together gifts the first time," Randeep tweeted on Wednesday.

On the big screen, Randeep was last seen in the 2014 film "Ungli", a comedy drama film directed by Rensil D'Silva.

The 38-year-old actor has been roped in in Omung Kumar's "Sarabjit", a biopic on the late Indian death row prisoner in Pakistan.

Randeep will be seen essaying the role of Sarabjit Singh, while actress Aishwarya Rai Bachchan will be playing his sister Dalbir Kaur Singh.

The movie will narrate the struggle of Dalbir Kaur, whose sole aim in life was to get her brother, who had been mistakenly taken to be an Indian spy, out of jail.

"Sarabjit" will be shot starting October over one schedule of 70 days in Punjab.