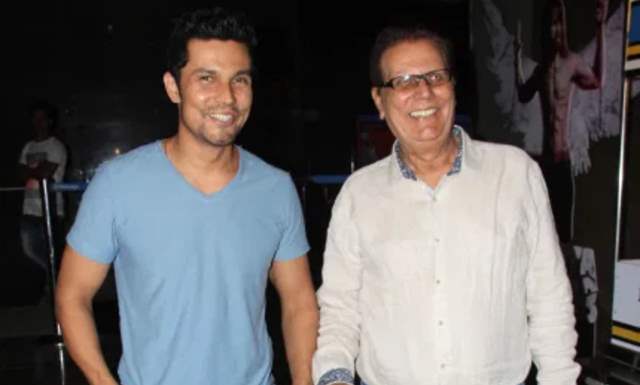 Randeep Hooda was recently admitted to the hospital before he reportedly underwent surgery after complaining of pain on Tuesday night. A Times of India report stated that he was admitted to Breach Candy Hospital in Mumbai - where the surgery took place.

The actor’s father was spotted stepping out of his car and walking into the hospital. The report also quoted the actor’s close friend as he informed, “Randeep complained of acute pain on Tuesday night, and since he wasn’t feeling better, he left for the hospital yesterday morning. He underwent surgery today and has been kept under observation. Randeep had informed his team on Tuesday that he would need the next two days for himself. However, he didn’t divulge any details. His father, who is a doctor, is with him at the hospital, and he is the best person to talk about Randeep’s health. They will talk about once they have all reports. Randeep doesn’t want people to speculate.”

Furthermore, another source from the hospital told, “Randeep was admitted in the morning. He underwent a couple of tests, including the Covid-19 test. He tested negative for the latter, which is why they could go ahead with the surgery. It’s best if the family talks about the nature of the pain and subsequent surgery.”

The operation was a ‘long-pending surgery and an elective one’ stated the report.

Meanwhile, a recent Times of India report quoted Randeep’s father, Dr Ranbir Hooda talking about his son’s health and said, “Thank you all for your concern. Randeep had a surgery yesterday, he's recovering and will be discharged soon. He's COVID 19 negative and the surgery went well so we will be able to take him home soon.”