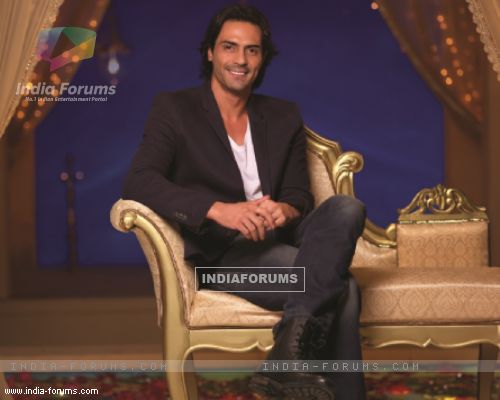 Arjun Rampal - Bollywood's handsome hunk with his deep voice and good looks can make women go weak in their knees. After a quite 2014, Arjun is back with debutant director Vicky Singh's much awaited movie 'Roy'.  Arjun speaks to India-Forums, about his role, his co-star Ranbir Kapoor and much more.

How will you describe Roy as a movie?

I don't know exactly what genre it falls under, but it's a very emotional film. Roy has the element of romance, suspense, thriller and philosophy. The movie is about human and human relations which we go through in our life's journey.

Tell us about your role in the film.

I play 'Kabir Grewal' - a film maker.  He is a very successful filmmaker known for his hit movie franchise 'Guns'. 'Guns 1' and 'Guns 2' are super hits and now he wants to make 'Guns 3'. He has got all the money in the world to make it but no script! He is facing a writer's block. He is looking for some kind of inspiration and that's when he meets Jacqueline on the location of his movie in Malaysia. Something happens and he starts writing and then he meets Roy. When Roy comes into their life, he creates chaos and to get everything back on track is how the movie goes. 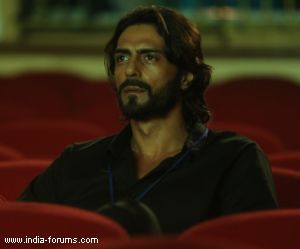 How is your role in Roy unusual from the ones you have played earlier?

The film itself is unusual which is never attempted before. It's brave of Vicky to take Roy as his first film. My character Kabir is a loner. He is super confident. He has his eccentricities.  But most I like about this movie is that it talks about one truth that, all of us have problems and we rise from them because of the choices we make. Only you, yourself can get rid of them and no one else.

Even my 2012 was comparatively quite, but in 2013 I had back to back releases like Satyagrah, Chakravyuh, Inkaar and D-Day. It really tired me as an actor because I didn't get any break. We were working on the script for Roy and lot of time had gone in the preparation, mainly to finalize the location. Vicky went all over the world to hunt for the right location to shoot Roy and then finalized Malaysia. Since in Roy I play a filmmaker the location we shoot plays an important part.

Ranbir is junior to you so how was it working with him in 'Roy'?

Ranbir is a phenomenal actor. Age and experience doesn't make a difference but it's your approach towards your work that makes you what you are. He works very hard. Nobody has seen Ranbir as you will see him in Roy. Roy will definitely break his boyish image. 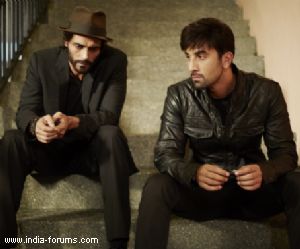 Do you find any change in Ranbir from 'Rajneeti' to 'Roy'?

He hasn't changed much but is more mature. He still has his bad sense of humor (laughs)! He has become lot more quiet and mature. You will find lot more calmness in his performance.

How was it working with Jacqueline?

Initially I was nervous about how she will handle strong characters like Tia and Ayesha which are quite verbal and Hindi is not her mother tongue. But she used to come fully prepared on the sets. While shooting and during our discussions I realized that Jacqueline has an amazing grasping power. It helps an actor to understand the real mood of the scene. I promise you that, after watching this movie, everyone will be talking about Jacqueline Fernandes. You will see the real actor in her.

How can you shine in an ensemble cast movie?

Are you happy with your journey as an actor?

I am happy at the space where I am right now since it allows me to do exciting parts.

Are you interested in directing a movie some day?

Jacqueline keeps saying that I should direct in future so I might be! But jokes apart, I don't have any such plans at the moment. To direct a movie you need 2-3 years for the preparation, so when I can afford to take such time off I will definitely make a film.