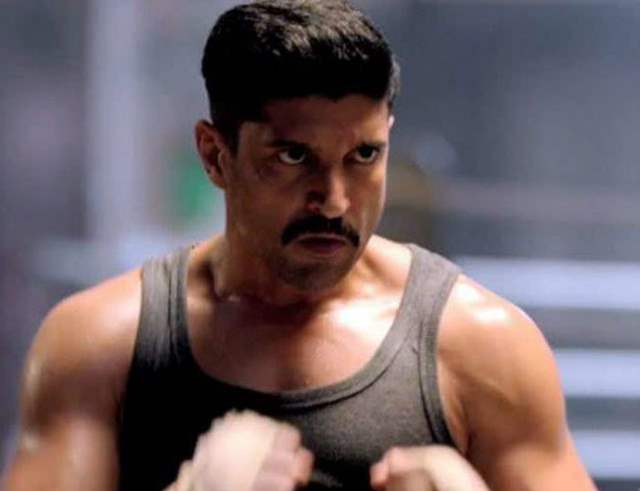 Farhan Akhtar returns to the big screen with his boxing film Toofan. The movie has created quite a buzz ever since it's release was announced and the trailer has set the tone high for the movie. Film's director, Rakeysh Omprakash Mehra has now came up with an interesting revelation, saying all the boxers in the film are real life boxers and this is truly a game changer.

I personally wanted to make sure the movie is authentic. So I thought why not have real life boxers to make the fights realistic and so we roped in boxers from all over India and one especially from the US to make sure the authenticity of fight was there for people to see. We scouted in North-East, Maharashtra and Haryana and the one guy from the US, he is the one with whom Farhan goes one on one in the climax.

Farhan has been prepping for the role for quite sometime now and his efforts have been praised by fans and critics, one familiar face in Mr. Milkha Singh was also in awe of actor who had played the role of latter a few years back. It was also the first time Farhan and Rakeysh collaborated and they return with another promising movie this time.

Farhan plays the boxer who is a goon from Dongri dreaming of making it big by becoming national level champion in boxing. The movie is produced by Ritesh Sidhwani, Rakeysh Omprakash Mehra and Farhan Akhtar. Mrunal Thakur, Paresh Rawal, Supriya Pathak Kapur and Hussain Dalal also join Farhan in the movie making up for a stunning star cast.

Toofan will premiere on 21st May 2021 on Amazon Prime Video and will be exclusively be available for streaming on the OTT platform.