'If I had said clearly on April 4 that only those in Karnataka who indulged in violence against Tamils ought to have been beaten up, the present brouhaha would have been avoided,' Rajnikant said.

The actor was speaking at a function to distribute Rs.4 million to technicians who worked in his latest release 'Kuselan'.

Rajnikant, however, refused to answer queries from journalists after the meeting.

'Shouldn't those (in Karnataka) who oppose (Tamil Nadu's) the Hogenekkal Water Supply Project be beaten up?' Rajnikant had said April 4 after a day-long fast to protest Karnataka's opposition to the Rs.13.34 billion project.

'If sentiments expressed by Rajnikant recently are true, what did he really mean when he expressed support for the Hogenekkal project during the fast on April 4?' Kumar asked.

'What Rajnikant says now amounts to a cruel joke played on Tamils and proves that his sympathies lie on the other side of the border in Karnataka,' Rajendherr said.

'If I was forced to do such a thing, I would have agreed to forgo a part of the fee of the film to compensate distributors in Karnataka rather than cut a sorry figure in Tamil Nadu,' said actor Sathyaraj.

While Kumar heads a Tamil political party and the South Indian Artistes' Association, Rajendherr, a former legislator, heads a small outfit. Both are opposed to the DMK and AIADMK political camps.

Sathyaraj is considered to be a ruling DMK sympathiser.

The blockbuster 'Kuselan' has met with a lukewarm response on the second day after its release, industry watchers told IANS. 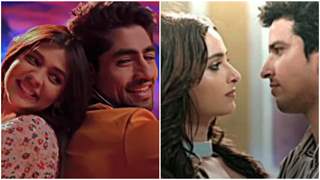