Mumbai, Nov 17 (IANS) Rajkumar Santoshi has dropped the idea of making an intense love story with Shahid Kapur and Katrina Kaif because he finds too many similarities between his script and the recently released 'Jab We Met'.

'We were all set to start the film. But then we saw some striking similarities between what we had in mind and 'Jab We Met'. Doing two similar films with the same actor in the lead didn't make any sense,' Santoshi told IANS.

'Now we are reworking the script and will surely come up with something soon. I really want to work with Shahid and Katrina,' he added.

Santoshi is preparing to start his epic on emperor Ashoka in January 2008 with Ajay Devgan and Bipasha Basu in the lead.

As for his other film, the musical 'London Dreams', he said: 'Some differences cropped up between me and the producers. Also, there was a lot of confusion over Salman Khan's dates. So I really don't know where the project stands.'

The director is currently giving finishing touches to his film about the individual and his conscience 'Halla Bol', which opens Dec 21.

Tell him that he is working on too many projects, and he explains: 'Yes, I do have a reputation for initiating several projects out of which some don't work out. But during the last one and a half years you must've noticed I've been focusing only on 'Halla Bol'. I never go on the floor until I'm absolutely sure.'

His last two films 'Family: Ties of Blood' and 'Khakee' bombed at the box office. 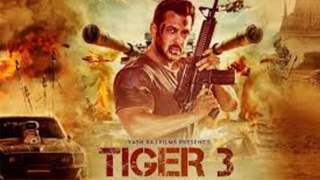