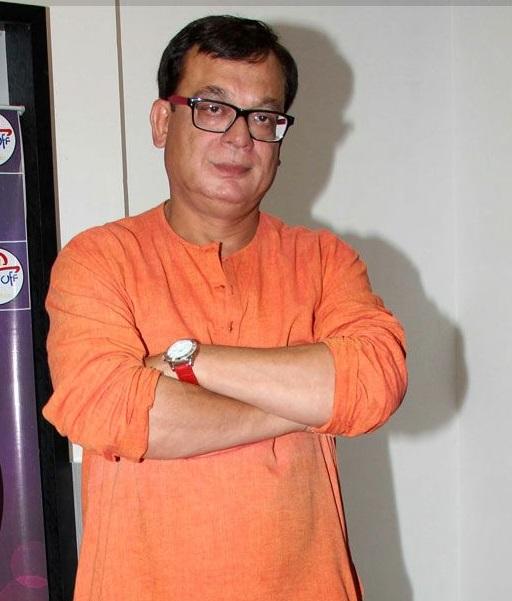 Actor Rajeev Mehta will reprise his role as Praful Parekh from the popular "Khichdi" in the forthcoming episode of comedy show "Comedy Classes".

The Life OK show is recreating the magic of popular comedy caper "Khichdi" by presenting its spoof in its upcoming episodes.

The sequence will take viewers down memory lane into the house of the dysfunctional Parekh family, where Bharti Singh will play the character of Hansa while Siddharth Sagar will be Jayashri.

The occasion will be Babuji's (Krushna Babuji) wedding to his teenage sweetheart.

The episode will have sequences where Hansa and Praful will leave everyone in splits.

Rajeev was last seen in his Praful avatar in the 2010 film "Khichdi: The Movie".

9 years ago very well said @ active women and beautylover.real fans always believe on their favs, not cheap media news.
Srk We are always with u...

+ 4
9 years ago I-f stop this right now...why u guys are trying to spread more hate about SRK..Some fans are really believe on Media and they decide their fav on behalf of Media with out believing their fav celebs.
i said in first article that iam sure that u guys will give this news 5-6 times and i was right this is 5 article on this topic...u have no news about other celebs in bollywood.
SRK what u have done or not..we always love u...
and the people who r preaching religious instructions plz join some religious website and first read topic and then comment on it..
i love him as an actor and will always love him...we should not be indulge in their personal life and matters.
and some people r talking about Audio tape.seriously guys..u r living in 14th century.The world has grown up sooo much..now the video tape can also fake and u guys r talking about audio..u guys gonna crazy..
i know drinking is a bad habit and smoking also..bt as common people we r also doing deeds which r wrong..
u guys r pretending to be like "Paarsa"then why r u not sit in a temple or mosque or whatever ur religion and say ur prayers all the day.
when u done something wrong ur famil and friends stop loving u.No they always love us..as we love SRK.
we love u SRK and will always support u bcoz we r ur fan..u r drunk or not..u doing misbehave with some one or not we r with u.

9 years ago SRK is thinking that he's GOD.

He's nothing just an actor who got famous with some of his friends like Karan Johar.

Lampard 9 years ago I'm sure there are hundreds of cameras in a cricket ground.

Let's just wait and see who is chatting shlt

9 years ago Come on guys be honest if someone was pushing your kids around,would you get angry or would you just sit around and watch

U.S.A. customs officials don't give a shite about SRK's celebrity status or SRK's psychotic belief that he is 'GOD' and at last, now the Indian Police and the officials are doing the same! [DON'T GIVE A SHITE ABOUT SRK STATUS]

Somebody should send a van with men in white coat to SRK's house..PRONTO!

9 years ago for all those who are sayng dat it is all a hyped story n SRK izz wrong...just to remind u guyzzz before being an actor or a star..he z a human...a loving n protective father...n he wont use his children at a shield for himself...he z nt coward...if he hv the guts to take up a fight or accept that he behaved a bit rude because of the official's behavior...he sure as hell could hv accepted if d reason was sumthng else...

+ 3
9 years ago yah u are right Srk.they should apologise to u...coz we believe in u and we know that u r right.love you and always with u.