View Profile
Rajat Kapoor will be seen sporting a bald look in his forthcoming film "I Am 24", 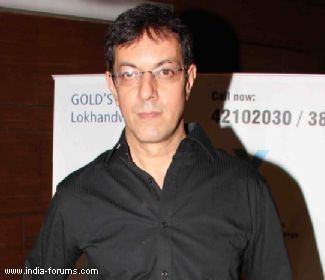 but the actor has refused to do the same for the promotional video of the movie.

Director Saurabh Shukla had a tough time convincing Rajat to go bald to play a 42-year-old writer, who falls in love with a 22-year-old girl, played by Manjiri Phadnis. But later Rajat agreed and sported the look for three months during the shoot.

Now, two years after completing the shoot, the producers want him to go bald again for a promotional video of the film. But Rajat seems to be in no mood to oblige them because of his film and theatre commitments.

"Yes, we were thinking of shooting a nice thematic peppy number to use in our promotions. There is no point doing it if all the characters of the film are not there in the video," Ravindra Singh of R. Vision India Pvt Ltd, which is releasing the film, said in a statement.

"Rajat has his schedule packed and he does not wish to go bald again. We are still persuading Saurabh to convince him and hoping for the best," Singh added.

"I Am 24" is slated for a July release and also features Neha Dhupia, Ranvir Shorey and Vijay Raaz.